Odell Beckham Jr. Complained About How Hard It Is To Be Him… Have Fun, Cleveland 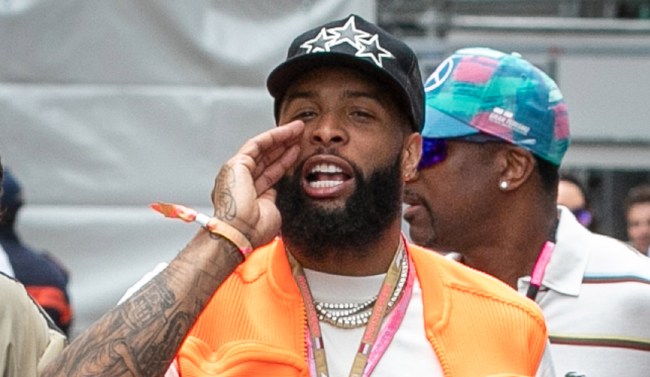 Almost immediately after Odell Beckham, Jr. was traded to the Cleveland Browns by the New York Giants, much talk centered on whether or not OBJ was a locker room cancer.

Opinions varied, and Beckham had some defenders of his character, including himself, but the questions persist.

On Monday, Albert Breer of The MMQB threw even more fuel on the fire surrounding Beckham, publishing a quote that is sure to generate more concerns about OBJ being a selfish player.

“I don’t think anybody knows what it’s like to be me, what I go through on a daily basis. Like, every single thing I have to deal with, that’s something that nobody else I feel like has to deal with,” said OBJ. “I feel like I’m in a way different position than anybody else in the NFL. I feel like I deal with more. I take more. There’s things I’ve done in the past. But as a man I’ve tried to grow a lot and tried to put a lot of stuff behind me, and it’s like it just keeps getting brought up.”

That quote there sounds very Kyrie-esque, complaining about being a celebrity and the scrutiny that comes with it, all the while doing things to draw attention to yourself then wondering why you’re getting so much attention.

Eh, everyone’s got a Cleveland Browns orange Rolls Royce with a motorized hood ornament of yourself making a one-handed catch on the front of it, right?

“When it’s all said n done, they gon respect me…” Beckham wrote Sunday on Instagram.

Wonder why “stuff… just keeps getting brought up” when it comes to Beckham? Is it, perhaps, and I am just spitballing here, because he keeps bringing “stuff” up?