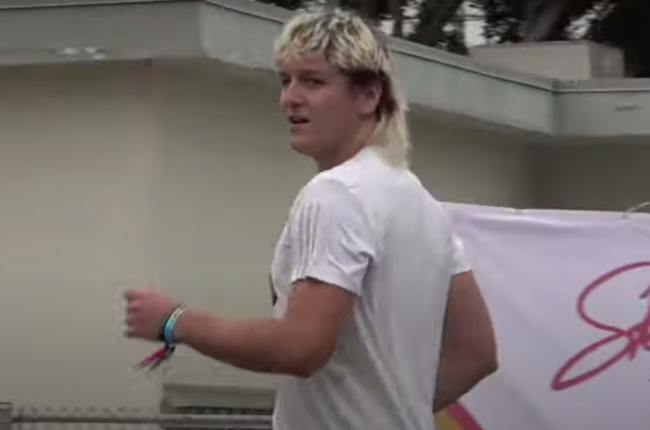 The Ohio State football team often gets the top recruits in the country, with the Buckeyes typically finding themselves with loads of four- and five-star recruits, and regularly competing for the top class each year. And while there’s no guarantee any of those dudes will eventually become Heisman Trophy finalists or lead the university to a national title, they often get star treatment even before stepping foot on campus.

That’s probably not fair to any of their peers, but, hey, these guys are student-athletes who could become NFL players one day, so it’s natural for people to gawk over them just a little bit. That’s part of the territory, right?

One guy who seems destined to become big man on campus in Columbus one day soon is Quinn Ewers, who’s a five-star recruit from Texas who ESPN has ranked as the top quarterback prospect in his class. And while Ewers’ can sling the football all over the gridiron and, presumably, will arrive at Ohio State with lots of fanfare in 2022, it’s his mullet that’s getting a bunch of attention right now.

Thanks to the YouTube channel from Tom Loy, we can all witness the beautiful mane of Ewers’, which has sort of gone viral over the past few days. Check it out below.

Similar to Jaguars quarterback Gardner Minshew — who’s currently sporting one helluva mullet and looks more like a beer-chugging NASCAR fan than an NFL quarterback — Quinn Ewers seems to be having lots of fun with his flowing locks. And if you’re an Ohio State football fan, you’ve got to love this kind of moxie from a teenager, who seems to welcome the attention he’s been getting.

Who the hell knows how Ewers’ future career with the Buckeyes will end up? But the minute he walks onto campus and dons a scarlet and gray uniform, he’s bound for rockstar status — which is fitting, considering he resembles a lead singer in an ’80s rock band.