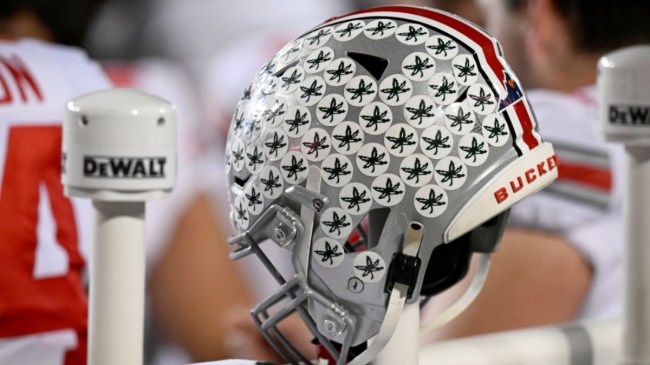 Over the past few seasons, they have repeatedly put forth one of college football’s best groups of pass catchers.

It looks like that habit won’t be coming to an end any time soon.

On3 Sports reported yesterday that the Buckeyes had landed Jeremiah Smith, who is a 5-star receiver in the Class of 2024.

Smith revealed his reasoning to On3 for why he chose Ohio State over programs like Florida, USC, and Georgia who had all made him offers.

What stood out to me the most was brotherhood and I could see it. It was obvious from the start with the players, with the coaches, and how they ran practice. I knew that there was no place like it and it was special, and it was a great opportunity I couldn’t miss out on.

Smith is the top receiver in his class and is already getting a ton of hype with plenty of time before he’ll take a snap at Ohio State.

Ohio State has had an unbelievably impressive run of receivers coming through their program. Just this year, they had two receivers taken in the first 11 picks of the NFL Draft. Before Garrett Wilson and Chris Olave, they produced receivers like Terry McLaurin, Curtis Samuel, and Michael Thomas.

This season, they once again had 2 of college football’s best receivers in Jaxon Smith-Njgba and Marvin Harrison Jr. Both of those players will likely find themselves becoming 1st round selections when they head to the NFL.

That day will come for both Smith-Njigba and Harrison Jr before Smith joins the Buckeye roster.

If the hype is to be believed, he could quickly become this program’s next star at receiver once he joins the team.