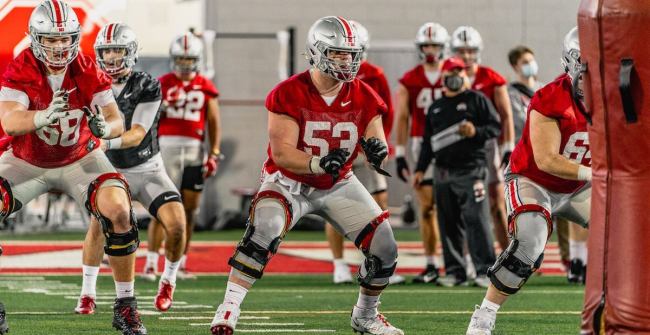 NCAA athletes were granted the right to profit from their names, images and likenesses on July 1st. Numerous athletes have cashed in on the opportunity and some have made almost a million dollars in less than a month.

None, however, have profited in funnier or more savage fashion than Ohio State lineman Luke Wypler.

On July 2nd — the day after NIL was put into effect — University of Michigan ‘reporter’ James T. Yoder tweeted his two cents into the abyss. He has just over 7,000 followers and received only 99 likes for a lukewarm take that probably should have stayed in his drafts.

NIL will show us a couple things:

1. Majority of college football players will not end up earning any real sponsorship deals

2. Affiliate deals (% of sales referred) will be the most common revenue stream

3. Social media will be flooded with sponsored posts by athletes

Fortunately for us, and especially for Wypler, Yoder decided to hit post. And as was to be expected, people began to push back on his thoughts in the replies.

Yoder fired back with a typo, asking if people will purchase original merchandise from athletes. Of course, it was a dumb question.

True – but, will people really but it

The fan in his mentions said that, yes, fans of the athlete’s team would buy an athlete’s merch. Yoder then proceeded to fire unnecessary and unwarranted shots at Wypler.

Perhaps for the stars. But, you think people gonna buy a $50 hoodie from Luke Wypler?

In response to the direct shot, Wypler is now selling $50 hoodies with Yoder’s tweet on the front. It’s hilarious.

Appreciate all the love from Buckeye Nation! Check out the link! #GoBuckshttps://t.co/LL4A0gDntJ

Despite being put in a body bag, Yoder is trying to play it off like he won the exchange.

The King of NIL deals… people are talkin’

And – No @nytimes I don’t want to do an exclusive interview on this breakthrough NIL marketing strategy https://t.co/1bBunweszn

Credit to him though, he did buy a hoodie.