NCAA Athletes Are Already Making BIG Money On Day 1 Of Name, Image And Likeness With All Kinds Of Wild Deals 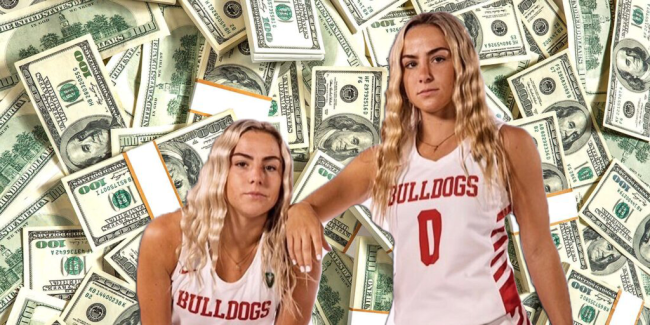 “Student-athlete” is an outdated, purposely equivocal term that was created in the 1950s that is used to tie college athletes to a broken system of amateurism. It implies a grey area in which the college athletes are students are not playing sport, nor a sportsman at work. As athletes, they must reach the academic standards of their peers. As students, they must not be compensated beyond cost of studies and livelihood.

That notion changes to some degree today. College athletes are allowed to profit from being themselves.

The only pushback on such a ruling came from those who hold a holier-than-thou person in the media but partake in (alleged, for legal reasons) shady behavior and recruiting behind-the-scenes. Take Dabo Swinney for example.

Other than those who were against the “professionalization of sports” (*eye roll*), the ruling is celebrated by those in the media, all the way up to the Supreme Court. Former athletes have formed firms to help athletes realize their worth and the ball is already rolling for lucrative deals.

Here are some of the top deals so far:

ON A BILLBOARD IN TIME SQUARE 😭 WHAT IS LIFE… blessed❤️ pic.twitter.com/ZyA4Uim5zB

This is a paid tweet to tell you to listen to the Locked On Spartans podcast. I've never listened to it, but I’m sure it’s not terrible.

Now that the NCAA will allow it, I will be playing live shows this year as Will Ulmer!! I am open to all venues and business opportunities!! DM if interested, let’s make some music🎶 pic.twitter.com/iniLdoz2ye

Off Court is brought to you by Tanners Bar & Grill and Tavern 180 in Lincoln.

I can’t help but think about Aaron Adair. A young man who the @ncaa kicked off the Oklahoma baseball team because he wrote a book about surviving brain cancer. Today is for you Aaron.

I can’t stop thinking about Donald De La Haye. A scholarship kicker at UCF who was declared permanently ineligible by the @NCAA for having a YouTube channel. Today is for you @Deestroying

I can’t stop thinking about Brittany Collens, a talented tennis player at Umass who had her entire career erased by the @NCAA because of an accounting error that amounted to $252. Today is for you @Brittcollens22

#LSU gymnast Olivia Dunne, who has 1.1 million Instagram followers, is expected to earn more compensation than any other college athlete, those within the industry say. https://t.co/fNSQz8B304

The NFL Players Association advised agents they are permitted to enter into NIL marketing agreements with college players — a potential game-changer in recruiting, though the union says such agreements should not include clauses about future NFL representation. pic.twitter.com/W25P1PkGo0

Heard this happening in NIL regarding a top football program:
Flagship radio station will pick five star players; they will come on for a segment every week of the season and earn $25,000 for the year.

One of BYU’s NIL rules for their athletes:

As the CEO of Atlanta-based Metro Straw, Tennessee WR Grant Frerking is no stranger to social media ads.

Through the changing NIL laws, though, Frerking now has a new way to promote his company: through his teammates.

Continuing to add school NIL policies as I find them (or some amazing human tags me or sends them to me). https://t.co/4uBdqhQddy