Ohio State Partners With Athletes On Way To Profit From NIL On Jerseys, Video Games And More 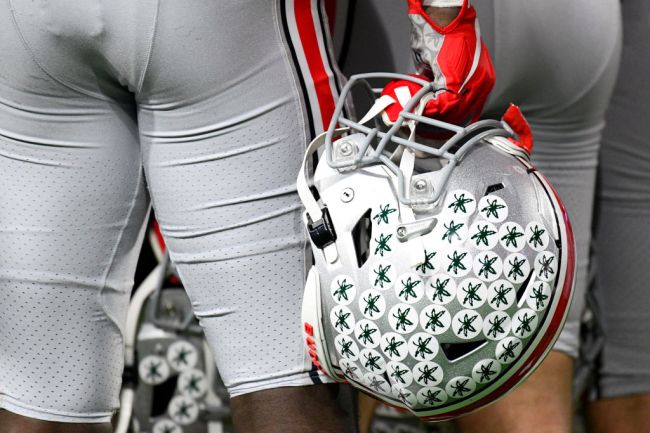 Usually, when a university interferes with student-athletes it’s looked at as a negative, but this recent move from Ohio State seems to be a win-win for all parties involved.

The Buckeyes announced on Tuesday that they have entered into a group NIL licensing agreement with The Brander Group (TBG). Student-athletes who voluntarily opt into the group licensing agreement will be able to use their name, image, and likeness in conjunction with Ohio State’s trademarks and logos.

In other words, athletes can now have their names and images put on items like jerseys alongside the trademarked Ohio State logos and actually be paid.

Instead of buying generic Ohio State jerseys, fans will now be able to buy a jersey with their favorite player’s name on the back. Fans weren’t able to do so prior to this agreement as jerseys couldn’t technically be attached to a certain player.

“This is a unique opportunity for our student-athletes,” Senior Associate Athletics Director Carey Hoyt said in a release. “We are passionate about educating and providing opportunities for student-athletes to take advantage of their Name, Image and Likeness, and co-branding them with Ohio State’s official trademarks and logos is going to be an exciting new way for them to monetize on their NIL.”

This agreement opens a number of different doors that aren’t just related to jersey sales.

The school’s statement specifically mentions that the licensing program will grow into including merchandise like trading cards, bobbleheads, apparel, and video games. That note about the video games is a major one given the recent news of the NCAA Football franchise returning.

Other athletic programs around the country will lay out similar blueprints to Ohio State’s. It’s not a matter of if, it’s just a matter of when.

Will Ohio State Receive A Cut Of The Profits On Jersey Sales?

Of course, Ohio State is the one buying said jerseys and memorabilia, but it’s nice to see the players receive some monetary benefits here as well.

As for actually being involved in NIL deals, Ohio State won’t have any involvement whatsoever, the university’s only piece in this is to approve or disapprove the use of its trademarks on items.