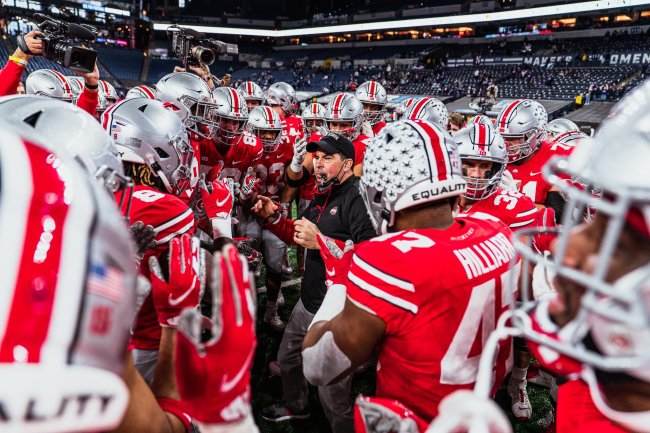 The College Football Playoff got what it wanted. Ohio State is the Big 10 Champion after beating Northwestern 22-10 in Indianapolis on Saturday. As a result, the Buckeyes (at only 6-0) are likely to be the fourth team to compete for a shot at the national championship later this month. However, those who were on the Wildcats from a financial standpoint were rather pleased with the result.

Northwestern entered the championship game at 6-1 with one loss to Michigan State, and were 16.5 point underdogs on BetMGM at kickoff. Head coach Pat Fitzgerald had the team ready to play and his defense was stout through the first 30 minutes. Defensive back Brandon Joseph made an insane interception just before halftime to hang onto a 10-6 lead.

BRANDON JOSEPH DID WHAT?! 🧙‍♂️👀

Ohio State is held without a first-half TD for the first time in 27 games after the Northweezy INT. #BigTenChampionship pic.twitter.com/uRUTp15BXe

That four-point advantage did not hold and Ohio State running back Trey Sermon went crazy in the second half. Sermon, who transferred from Oklahoma in the offseason, finished with 331 yards on 29 carries and scored twice. His final touchdown of the game came with just over four minutes left and gave the Buckeyes a 12-point advantage. Quarterback Peyton Ramsey, a grad transfer from Indiana, took over for the Wildcats but couldn’t convert a 4th-and-4 on the end of an eight-play 19-yard drive. The inability to move the chains all but sealed the game for the eventual Big 10 champions, but head coach Ryan Day continued to feed his running back with hopes of scoring the dagger. Sermon got pretty close.

With a 21-yard carry inside two minutes, Sermon surpassed Eddie George for the most single-game rushing yards in program history. George previously held the record with 314. More importantly for bettors, it set up a first-and-goal.

With 1:30 remaining in the game, Ohio State was knocking on the door and couldn’t run out the clock to seal the win. On 1st-and-goal, Sermon took the handoff for five yards to the three-yard-line. If he had punched it in, the lead would have been 18, and the Buckeyes would have likely covered the spread. His number was called again on second down and he was stuffed for a gain of one.

His effort didn’t cross the goal line, but it put the clock under 40 seconds which meant that Ohio State would not have to take another snap. The clock hit zero and Northwestern lost by less than 16.5 points. Good teams win, great teams cover.