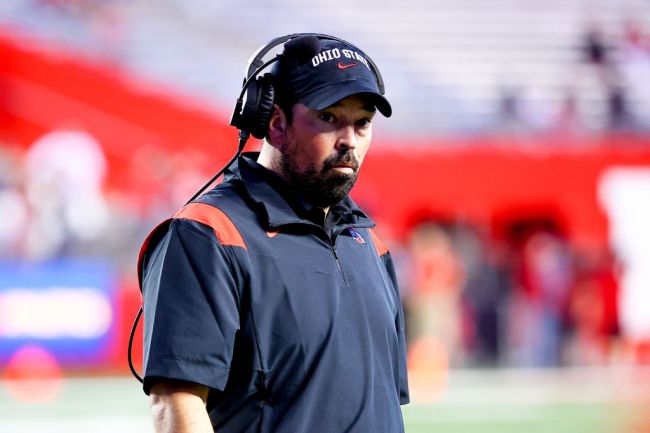 The idea of eliminating kickoffs in football, especially at the youth and college levels, has been floated for quite some time now. Players running at each other at full speed trying to obliterate a return man creates a high-risk injury situation, obviously, and some coaches at the highest level would like to see those situations taken out of the game.

Ohio State head coach Ryan Day is one of those coaches.

On his weekly radio show earlier this week, the 42-year-old said that if it came down to a vote then he would vote to do away with kickoffs. He’d rather offenses just automatically start at the 25-yard line after scoring plays. When it comes to onside kicks, however, he still thinks those should be allowed.

On his weekly radio show, Ryan Day said he would vote to do away with kickoffs and have offenses start at the 25-yard line every time for player safety reasons, though he still thinks onside kicks should be allowed.

Day certainly isn’t the only coach out there that would eliminate kickoffs tomorrow if they could. He simply doesn’t want to see players get hurt, which is completely understandable.

To be fair, there are only two truly valid arguments you can have to keep kickoffs in games.

First, kickoff returns can change the momentum of a game in a hurry. A long return or a kickoff return for a touchdown completely changes the dynamic of a game. Secondly, special teams give players the opportunity to see the field that otherwise doesn’t on either defense or offense. There are guys in the NFL that have made a fine living simply being a part of special teams units, if you eliminate the kickoff then you eliminate opportunities for some players.

The majority of people on Twitter who reacted to Day’s idea were against eliminating kickoffs.

That’s is idiotic. The return is a potential big play. I say move the kick back to the 25. There are way too many touchbacks.