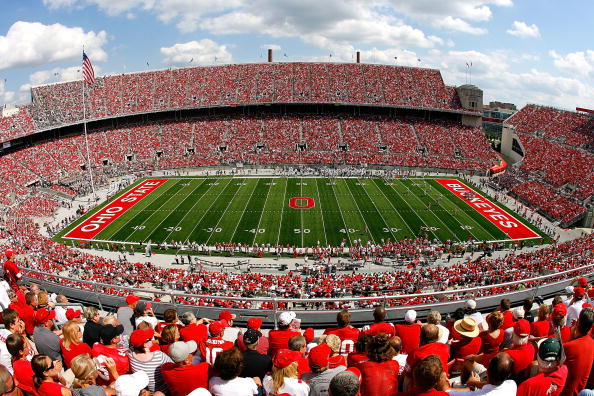 Ohio State taught a master class on “How Not To Do Social Media.” The unbeaten Buckeyes make the trip to Happy Valley to play Penn State in Saturday’s biggest game. This Big Ten match-up features Penn State’s annual Whiteout game where over 100,000 Nittany Lions’ fans will wear all-white attire. OSU wants to “silence” the “white noise.”

The dark cloud looming over Ohio State this year has been Urban Meyer’s suspension of the first three games of the 2018 season. The university also suspended athletic director Gene Smith for 17 days. Meyer rejoined the team on September 2nd, the day after that Oregon State opener.

With all of the program’s cover-ups involving the athletic department there is still a tainted feeling towering over Ohio Stadium and talking about “silence” did not have a good look.

Fixed that for you pic.twitter.com/hhscpLhw9k

Maybe not the best graphics move here given your cover up of domestic violence, guys. https://t.co/pQy3Vxmqq1

Ohio State Football, fresh off a scandal where their beloved coach admitted he did not speak up about a domestic abuser on staff, debuts a new marketing campaign called "Silence."

you guys are pretty good at silence.

This is so tone deaf it deserves some kind of award: https://t.co/XcsAZSV8PM

"The silence game". Classic. Dear Lord. You cannot be that clueless. pic.twitter.com/jIDMzSQYLf

It’s official: no one in Columbus thinks about how things might be perceived before they put them out into the world. https://t.co/Sr8hXgD6LI

Well this backfired on them with the quickness. https://t.co/OdtgVY7g3D