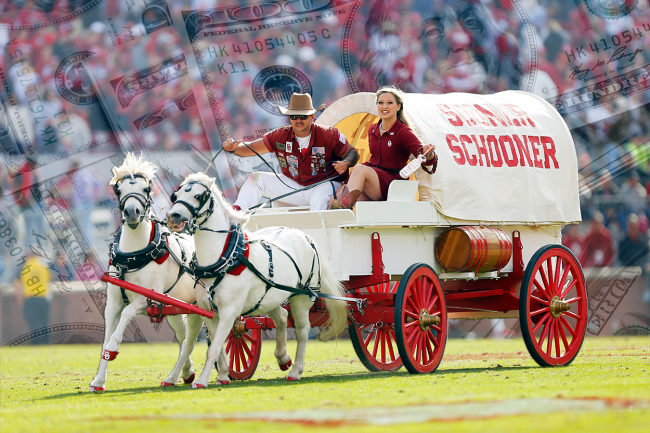 When Lincoln Riley left the University of Oklahoma for the same job at USC, it sent shockwaves across the college football landscape. While it appeared to be a bad thing for the Sooners, it actually may have helped them financially. Indirectly, at least.

On December 2, 2021, Oklahoma president Joe Harroz spoke for the first time after Riley’s departure. He said that he was still confident in the direction that the school was headed and believed that hardships attached to Riley leaving would help the university longterm.

When he was asked whether the coaching change would hurt the school financially, Harroz said that he thought it would be beneficial.

“We have donors that are even more invigorated right now and more committed,” Harroz said. “So if we do this, right, which I’m confident we will, I think the answer to your question is no, and in fact, in many ways, I believe we will come out stronger.”

In the same press conference, he said that Riley’s departure would not cause a greater collapse. Harroz believed that there was no need to hit the panic button.

“I don’t know where you got the phrase, “the sky is falling” — it’s not, we’re making a head coaching change,” Harroz said. “… There’s no question Sunday caught us by surprise. We’re going to deal with it. How are things going? I mean, (y’all) heard the agenda — it’s really going well, because of a lot of hard work and discipline. … But it’s one person, and we’re a whole lot bigger than that.”

Since Joe Harroz’s press conference after Lincoln Riley’s departure from the University of Oklahoma, two big things have happened.

First and foremost, the Sooners hired Brent Venables to replace Riley. It was a big hire.

Shortly after Venables was announced as the head coach of Oklahoma, the Sooners signed the 8th-ranked recruiting Class of 2022 per On3 Sports. They currently hold the 10th-ranked Class of 2023.

Clearly, people want to play for Venables. In addition, the Sooners are considered legitimate contenders to win the Big-12 this fall.

In addition, since Riley left for Los Angeles, the University of Oklahoma announced on Monday that it broke its fundraising record.

Per OU — “The University of Oklahoma received a record $317 million in gifts and pledges during the fiscal year that ended June 30, surpassing last year’s record of $237 million. The record-breaking fundraising performance, shepherded by the OU Foundation, positions the university for continued growth and success.”

“In addition to their longstanding support of the university’s academic areas, the transformational gifts made by Tim Headington, Love’s Travel Stops & Country Stores and Devon Energy Corp. provided impactful support to the OU Athletics Department.”

Now, it is unclear as to when the donations were made. They could have all been made prior to Riley leaving.

However, on December 2nd, Harroz said that he believed that Oklahoma donors were more committed and more invigorated than ever. Seven months later, the school announced that it broke its fundraising record.

Did Riley bolting for USC piss off Sooners fans and donors to the point that they gave even more money? There is no way to know for sure, but it sure seems like Harroz’s prediction was spot-on.