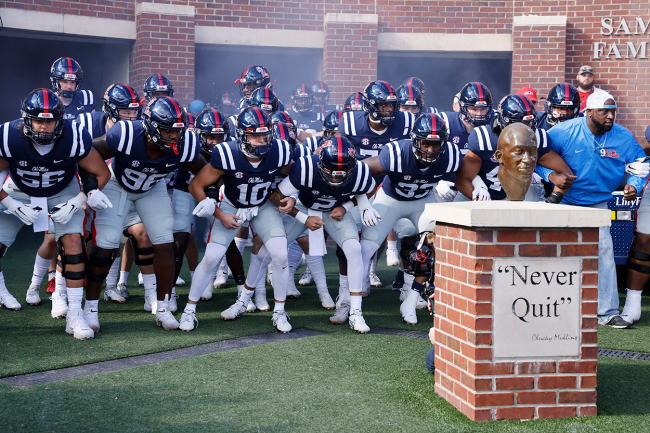 Name, Image and Likeness is just over one year old and it continues to change the entire landscape of college sports. In a world where players are allowed to receiver compensation, there is now a financial element to recruiting.

Although athletes can not be compensated directly in exchange for their commitment, as pay-for-play remains illegal, there are workarounds. Lawyers and agents have found legal ways to get their high school recruits paid by NIL collectives that are affiliated (but not associated) with specific programs.

In turn, the rise of collectives is rather significant. Many of the top college football teams in the country have at least one collective.

Collectives, essentially, is a crowdfunding effort for boosters to pool their money. That money is then used to pay athletes for appearances, endorsements and things like media interviews. In some instances, like the Class of 2023 quarterback (widely believed to be Nico Iamaleava) who reportedly received $8 million— that contract is agreed upon prior to an athlete’s enrollment.

Even if it isn’t used in the recruitment process, money plays a role in the decision of many top prospects.

Some schools have more NIL money to pay out upon enrollment than others and the recruits know that.

Lincoln Riley made a direct appeal to USC boosters and begged for more NIL opportunities. Ohio State football coach Ryan Day made a similar plea and even asked for an exact number. And that was just to keep his current roster in tact. There is even a video that appears to show a Texas A&M staffer telling recruits that they’ll get paid big money if they play in College Station.

For a school to compete with other top college programs in recruiting, the NIL opportunities need to be equivalent.

Because of the role that NIL plays in recruiting, boosters are funneling more and more money into NIL. In turn, they are taking their foot off of the gas in terms of direct program donations.

Ole Miss is a direct example of the NIL money siphon.

Ole Miss launched a new athletics capital campaign in December. Now, about six months later, it is already being downsized and partially paused.

As a direct result of the current economy, as well as NIL, the university announced in June that it is delaying some of its facility renovations.

In a recent interview with Inside The Rebels, Ole Miss athletic director Keith Carter addressed why. He explained how NIL is pulling money away from other areas of fundraising.

“Obviously, we know that NIL has become a major player in the fundraising area right now,” Carter said. “I mentioned all those variables for why we wanted to press pause on the stadium. NIL is one of those, as well. As our development officers go out and try to solicit funds and talk about our projects, it’s very rare that those conversations don’t turn to NIL. I think in an effort, as we figure out NIL and kind of where we’re going, pressing pause on the (football) stadium is a big piece of that. That was a huge component of the campaign. Now, instead of it being a $350 million capital campaign, we’re probably looking more in the $150-$175 million range for the other projects that I’ve mentioned. It does have some leeway for our donors to think about NIL.

“Certainly, we know that (NIL) is a big component on how we’re going to be successful in the future. We’re going to continue to be proactive in that space.”

Carter made it clear that he understands what is going on. He has his finger on the pulse.

In addition, Carter appeared to prioritize NIL. The third-year AD sees how NIL money is playing a role in his ability to fundraise for other projects and decided to pause the latter, rather than request boosters move their money away from the former. It goes to show just how important NIL is in today’s space.