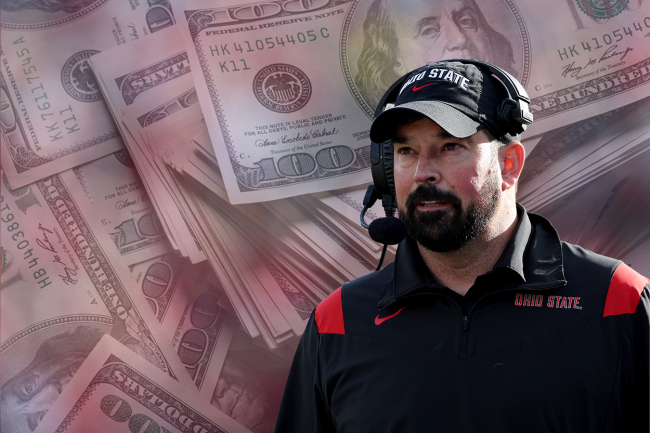 In the current era of college football, Name, Image and Likeness money plays a huge role in roster management, both in recruiting and retention. Ohio State football reportedly made that very clear on Thursday morning.

According to Doug Lesmerises of Cleveland.com, head football coach Ryan Day and athletic director Gene Smith not-so-subtly pleaded with local businessmen and women to give their athletes more money through NIL. The two important Buckeyes figures spoke to about 100 members of the Columbus business community and Day “put a price tag” on the NIL money he believes is necessary to keep the Ohio State football roster together.

There have been multiple instances across college football this year of “poaching.” Players are entering the transfer portal and seeking more money with a new program.

Pittsburgh’s head coach said that Kenny Pickett was offered an NIL deal to transfer to Notre Dame. Jordan Addison reportedly turned down six-figures to transfer to the SEC East and then transferred to USC for what is believed to be a significant deal. Texas receiver Xavier Worthy also turned down offers to stay with the Longhorns. Top FCS prospects are being lured into the portal with NIL deals and implying that there is big money available if they transfer.

College football players all over the country are being enticed to transfer with NIL money and Ohio State wants to keep their players.

For the current Buckeyes to stay in Columbus, according to Lesmerises, Day said that the necessary number is $13 million. Ohio State needs $13 million to keep its current roster in tact.

For some programs, that amount might seem astronomical. For others, it might be pennies on the dollar. Either way, it is a pretty significant sum.

Regardless of how the money is spread out, it’s a lot.

$13 million can go a long way in the unregulated world of NIL. And that doesn’t even include recruiting. Money talks.