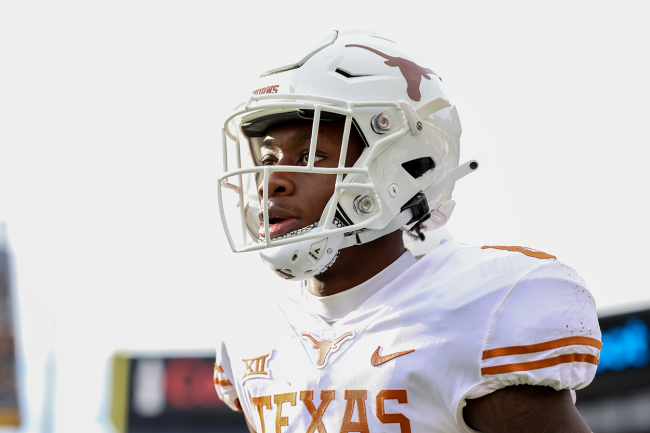 Money has always been a factor in college football. There was a player who testified in front of the NCAA that he took money from three different schools during his recruitment process as recently as this decade.

However, with the implementation of Name, Image and Likeness, deals are being done above the table. Not only that, but the media is reporting on the deals, which in turn inflates the market.

While the current model for NIL is not sustainable long-term, and there is set to be some sort of flattening to the curve, it’s the wild, wild west right now. Five-star quarterbacks are signing $8 million deals before they even get to campus and top already-established players are being lured into the transfer portal with multi-million dollar NIL deals.

Among those who have had the metaphorical “NIL carrot” hung in front of their faces is Xavier Worthy. The University of Texas’ speedy four-star receiver reportedly had a significant six-figure offer from (at least one) Power Five school to enter the portal and attend their program.

Ultimately, Xavier Worthy chose to stay at Texas despite other NIL offers.

Although he and the Longhorns did not explode onto the scene during his freshman year, Worthy spoke about the program in April. He made it clear that he had no intention to leave.

He seemingly echoed those statements on Monday after reports began to swirl about his other offers. To do so, Worthy posted a cryptic, but clear tweet without a caption.

While Worthy’s reason for staying is completely fair, there is a big, underlying question that has to be raised in today’s NIL landscape.

We know that Texas football boosters have money. They have multiple collectives in place, the entire offensive line is getting $50,000, and Quinn Ewers reportedly received “first round draft pick money” upon enrollment.

So, knowing all of those things, it has to be asked—

If Worthy turned down a “significant six-figure offer” to stay in Austin, how much was he offered by the Longhorns’ collectives? Did they match the offer? Did they double it? Or did Worthy really decide to continue his career at Texas because he loves the program?

We may never know the answer to any of those questions, but it makes you think.