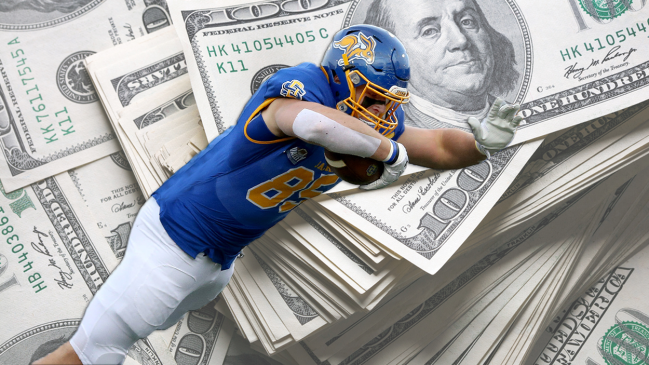 Name, Image and Likeness has added a lot of complications to the landscape of college football. Although under-the-table money has always played a factor in recruiting, NIL allows legal workarounds to avoid violating the NCAA’s policies on pay-for-play.

To compensate a college football player or recruit directly in exchange for his commitment to a specific program remains illegal. However, through the guise of NIL opportunities, players are being offered money to play at/for a particular school.

There have been multiple instances in which this is true:

And it isn’t just happening on the FBS level. FCS players are being offered six-figure NIL deals to leave their current programs and transfer.

As a result of his strong season, he was offered the chance to move up a level. He recently shared that he was offered “multiple” six-figure NIL deals to transfer.

Ultimately, despite receiving little to no compensation at SDSU, he decided not to leave.

Kraft did not reveal what schools were in contact. However, to offer six figures, the schools were presumably in one of the Power Five conferences. If not, and a school like Wyoming is offering five zeros, then there is a lot more money being moved around than could ever be expected.