Olivia Culpo, Sister Sophia Spar On Social Media Over Battle Of Boyfriends In NFL Week One 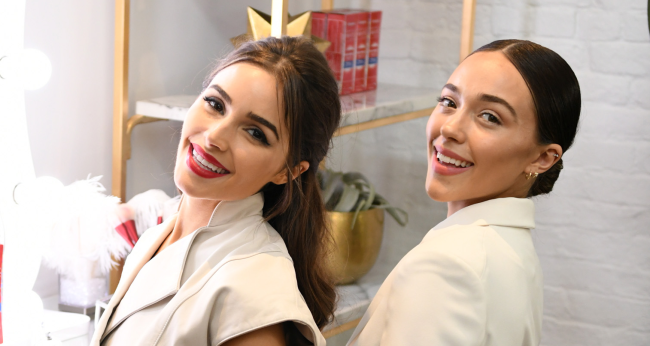 Olivia Culpo and her sister Sophia got into a little social media sparring after the recently announced NFL schedule revealed that their boyfriends will be playing one another.

Olivia Culpo, the 29-year-old 2012 Miss Universe, has been dating Carolina Panthers running back Christian McCaffrey since the summer of 2019 following her odd, much-publicized breakup with NFL wide receiver Danny Amedola.

The Jets and the Panthers will kick off their respective seasons in week one against one another at Bank of America Stadium as Sam Darnold makes a quick return to New York after being dumped on the Panthers during the offseason for three draft picks.

Related: From Post Malone To Florida Man To Gronk Being Gronk, The 2021 NFL Schedule Release Was Full Of Tremendous Content

Sophia, who is also a model with a large social media following, wrote to her sister on Instagram, “Uhhhh can we still sit together @oliviaculpo???”

Olivia responded by raising the stakes just a hair, writing along with two laughing emojis, “Since Braxton and Christian are competing, I challenge you to a thumb war @sophiaculpo.” 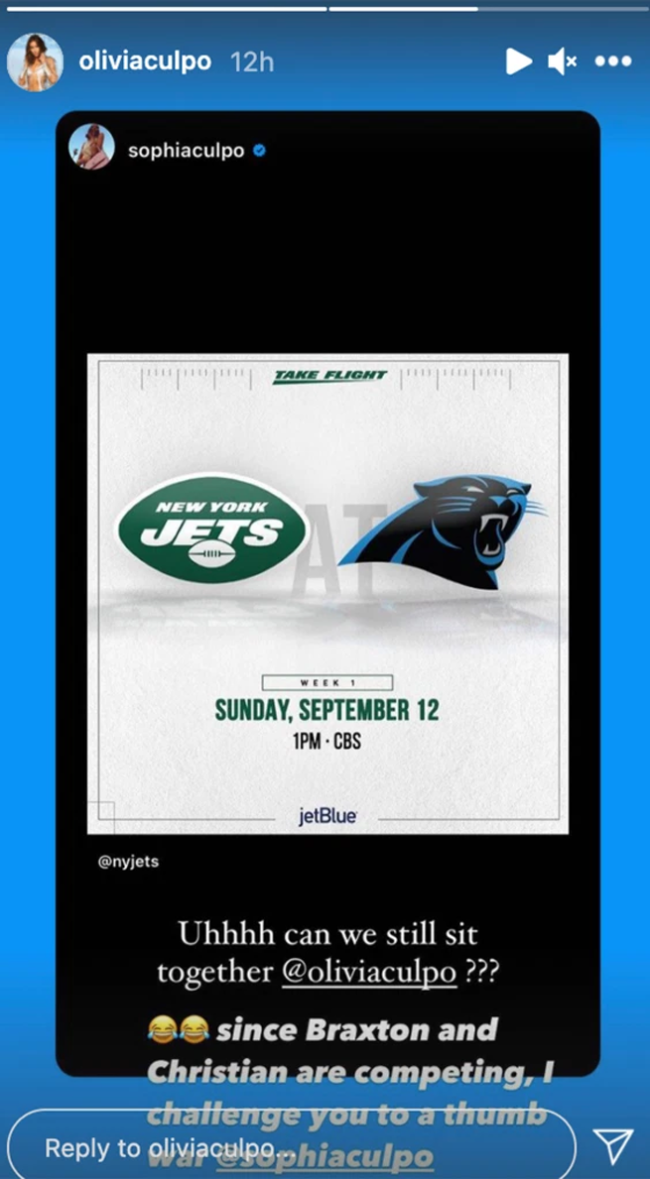 The 2021 NFL season will mark McCaffrey’s fifth with the Panthers and Berrios’ third with the Jets after being cut by New England in August 2019 after he was drafted in the sixth round out of The U.

On the field, McCaffrey has a rather large edge over Berrios, having gained 6,037 all-purpose yards with 45 touchdowns in his NFL career, while the wideout has so far only managed 538 total yards and three touchdowns through two seasons in the league.

Off the field, they are both obviously very much winners, in life.