LOOK: Aussie Golfer Cam Smith Somehow Made His Mullet Even More Glorious For The Olympics 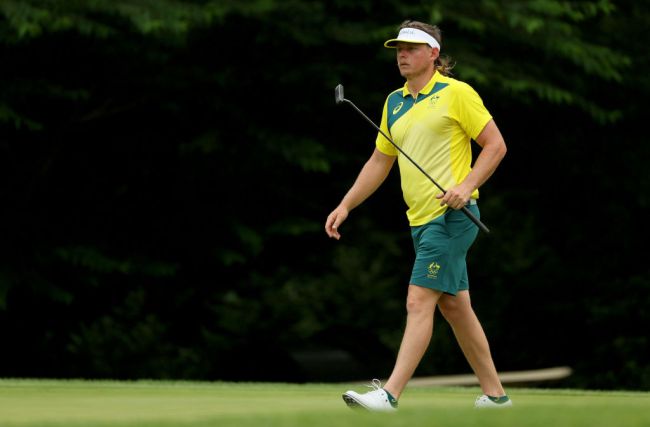 The Olympic Committee might as well go ahead and award the gold medal in Men’s Golf to Cam Smith. Whether he finishes first in Tokyo or not, he has cemented himself as the best of the field with his magnificent mullet.

Australia’s 27-year-old phenom tied for second at The Masters in 2020 and has been growing out his luxurious locks for quite some time. It wasn’t until the start of 2021 that he decided it was time for a party in the back.

Smith had seem some of his fellow Aussie countrymen sport a mullet on the rugby pitch during quarantine and wanted to give it a try. It’s amazing, but his girlfriend was not a fan.

As a result, they made a deal. If Smith won a PGA Tour event, he would commit to a haircut.

Well, Smith won the Zurich Classic back in April and went back on his word. We are the better for it because the mullet recently evolved into its best form.

Ahead of the Olympics, Smith decided to “give Australia a shoutout on the side of the melon.”

"I thought I would give Australia a shoutout on the side of the melon."

"My mum called me up. She was laughing. She was like, oh, you were just on the news. Called me all sorts of names, but she loved it."

When he steps onto the course, however, it’s business in the front. Team Australia golf is trying to decide whether to wear hats or visors and they’re leaving it up to a fan vote.

The visor with the mullet is the clear-cut favorite. Also, listen to how he says “pickle” in this video:

Visor is running away with the poll and, whenever it goes final, Smith will be the best looking golfer on the course.