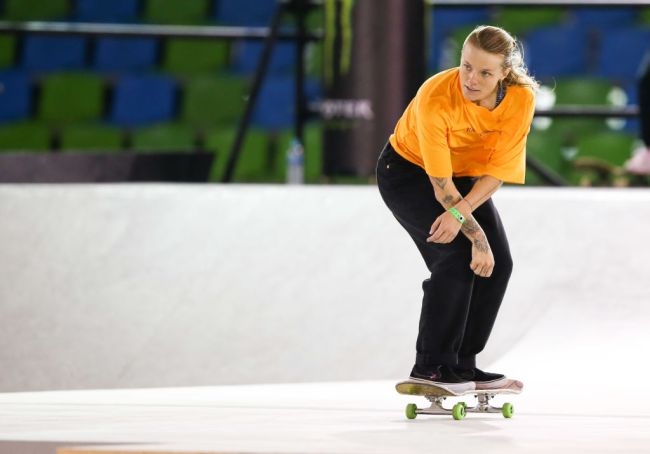 Candy Jacobs was set to make her Olympic debut in the 2020 Games but instead was forced to quarantine after testing positive for the virus ahead of the skateboarding competition. Her experience stuck inside her hotel room was less than enjoyable.

Jacobs, in a since-deleted Instagram video, explained that the window in her hotel room did not open and that she wasn’t allowed to get any sort of fresh air for seven days.

During day seven of being locked inside her hotel room, Jacobs began protesting so organizers would let her have fresh air. After protesting for seven-hours, officials finally agreed to let her breathe in some fresh air.

She was allowed to stand in front of an open window for a whopping 15 minutes while security supervised her, according to ESPN.

“Not having any outside air is so inhuman,” the 31-year-old said in the since-deleted clip. “It’s mentally super draining … definitely more than a lot of humans can handle. Having that first breath of outside air was the saddest and best moment in my life.”

Talk about a sad quote.

After deleting the video, Jacobs did write in a post that she would be leaving Tokyo explaining that she’d “need some time to bounce back from this.”

I’d say being stuck inside your hotel room and being barred from breathing in fresh air would pay a toll on just about anyone, but especially an Olympic athlete who was set to make her debut in the Games.

Momiji Nishiya, a 13-year-old from Japan, took gold in women’s street in Tokyo.

Related: Caeleb Dressel Details How Unenjoyable The Olympics Were Despite Winning 5 Gold Medals In Tokyo