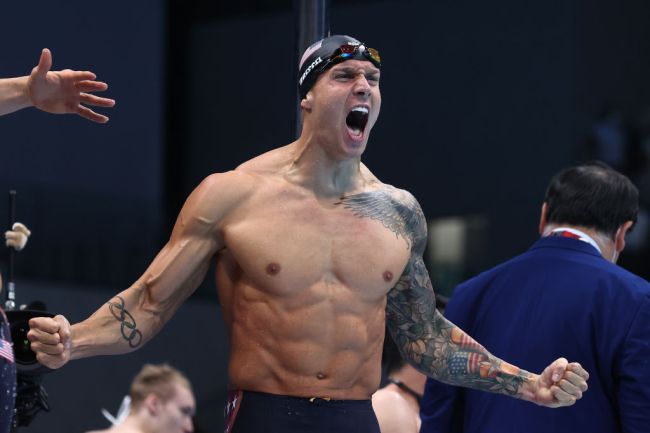 Dominating the Olympics wasn’t even enough for Caeleb Dressel to overcome just how draining and miserable the Games in Tokyo were.

Dressel won gold in each of his five races becoming one of the faces for the United States in Tokyo, but that doesn’t mean he had a good time doing it.

Following his final win on Sunday, Dressel explained why the majority of his Olympic experience wasn’t enjoyable.

“This is not easy, not an easy week at all,” Dressel said. “Some parts were extremely enjoyable. I would say the majority of them were not. You can’t sleep right, you can’t nap, shaking all the time. I probably lost 10 pounds. I’m going to weigh myself and eat some food when I get back. It’s a lot of stress we put on the body.”

While that is a telling quote, Dressel did acknowledge that competing in the Olympics isn’t supposed to be an entirely enjoyable process.

“It’s not the most enjoyable process, but it is worth it,” Dressel said. “Every part of it is worth it. Just cause it’s bad doesn’t mean it’s not worth it.”

Dressel had the weight of the US men’s swimming team on his shoulders in Tokyo. He was able to carry that weight throughout the Games, but that’s obviously a tremendous amount of pressure.

You add that he was on the other side of the planet without any of his family or close support team there, had to abide by extremely strict protocols, and was having to put on for his country in a completely empty arena, and yeah, that all adds up to a pretty difficult situation.

We all knew that this was going to be the theme of the 2020 Olympics. Whether someone was winning a medal or not, these Games weren’t going to feel or look the same and that’s rung true for both a viewership perspective and a majority of the athletes competing.