One Bettor Reportedly Put A Large Wager On The Hall Of Fame Game Back In March, When The Las Vegas Raiders Didn’t Have A Backup Quarterback 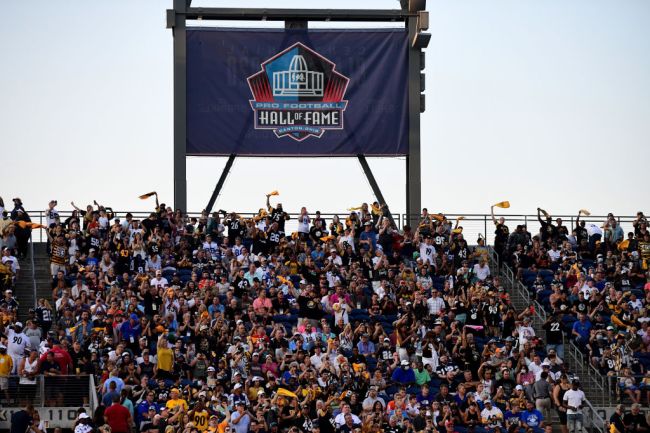 The moment football fans have been waiting months for finally arrives tonight. After months without NFL football, the preseason finally begins with tonight’s Hall of Fam Game between the Las Vegas Raiders and Jacksonville Jaguars.

While the wait for NFL action is an excruciating one for all football fans, it appears that there is one fan who may have gone through a particularly difficult wait.

It was revealed today that one brave bettor had placed a $55 thousand wager on the Las Vegas Raiders -1 in tonight’s Hall of Fame Game and that the wager had been placed all the way back in March.

One Washington D.C. bettor at @CaesarsSports placed a $55,000 wager on the Raiders -1 (vs. Jaguars) in the #HallofFameGame … in MARCH.

While any kind of large wagering on preseason football is bold to begin with, the timing of this bet made it extremely risky for the bettor. Back in March, the only quarterback that anybody knew would be on the Raiders’ roster by August was Derek Carr.

The quarterbacks who will actually play most of the Hall of Fame Game, Nick Mullens and Jarrett Stidham weren’t acquired until after this bet would have been placed. Mullens was signed in April and the Raiders traded for Stidham in May.

Yet, it seems this bet somehow had value at the time it was placed as the Raiders have moved from -1 to -2.5 since this bettor locked in their bet.

Tonight, the bettor will either look like a genius for getting the better line back in March or they’ll look like every other bettor who probably shouldn’t have been betting on the Hall of Fame Game to begin with.

Either way, they at least finally get to watch some football.