One Last Thing About UFC 247: Jones vs. Reyes, and the Future of the Light Heavyweight Division 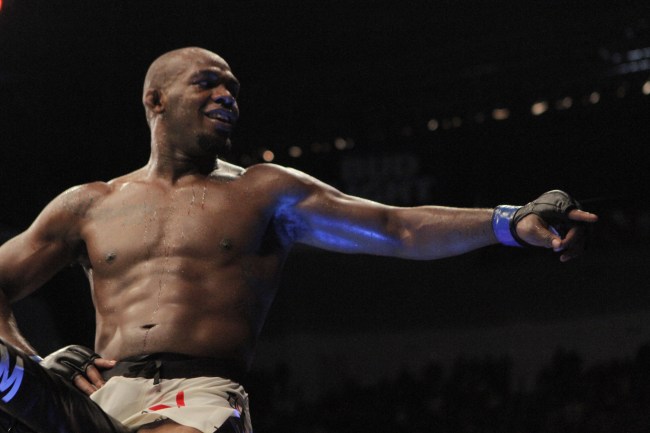 Late on Saturday night, when it came time for announcer Bruce Buffer to read the judges’ scorecards for the UFC 247 main event between Jon Jones and Dominick Reyes, it was basically anyone’s guess who would have their hand raised in the center of the Octagon.

The common sentiment online was that Reyes had won the fight three rounds to two; however, given a few controversial decisions earlier in the night, MMA fans watching on Pay Per View knew that anything was possible.

When the moment of truth came, Buffer read the cards: 48-47, 48-47, 49-46. The final score felt like an instant verification that Reyes would leave UFC 247 as the new light heavyweight champion, but as things go in the fight game, the upset was not to be. Jones retained his title with a unanimous decision victory, and the internet has been ablaze with opinions ever since.

Now a few days removed from the UFC 247 main event, the fight world is still reeling from the final verdict. Reyes crowned himself as the People’s Champion, and the public mostly agrees. Still, it’s Jones who continues to hold the belt, and now we can only hope the UFC will book a rematch of what was no doubt the most competitive light heavyweight title fight since 2013.

Looking back on the fight, I’ll admit, I scored the fight for Jones, giving the champion the final three rounds on the cards. Going back to watch the fight a second time, I concede that the third round, in fact, belonged to Reyes.

It’s a tricky and troublesome situation, not because this was a robbery, as many have tried to state (for the record, it was not a robbery), but because of the inconsistencies it highlights in mixed martial arts, mostly in terms of the judging.

Pundits and social media trolls have jumped on Texas judge Joe Solis, and rightfully so. This is not only a man who handed in several questionable scorecards at UFC 247, but also awarded Jones four of the five rounds.

How could that be? How could a trained professional, sitting cageside, score the second round for Jones, after Reyes won the striking battle 33-22? How could Solis get it so very wrong, when it was so painfully obvious to everyone else in the arena and at home watching on ESPN+?

There really is no excuse.

For his part, Reyes has handled the defeat well. He’s said all the right things and displayed the true characteristics of sportsmanship that all young athletes can aspire to emulate one day. He’s been respectful and humble in defeat. Although defeat, albeit questionable defeat, is something new for Reyes, as this was his first professional loss as an MMA fighter.

Questionable defeat is something Jones knows quite a bit about. The lone loss on his record came as a result of a disqualification in 2009. It was controversial, downright criminal, and even though Jones never had the chance to avenge his loss to Matt Hamill, it’s only fitting that Jones give Reyes an immediate chance to avenge this defeat at UFC 247.

And here’s where things get tricky …

In less than a week, two more light heavyweight contenders: Jan Blachowicz and Corey Anderson; will meet in the main event of UFC Rio Rancho (yep, it’s on ESPN+), and with an impressive win, both fighters could stake claim to the next title shot at light heavyweight. Then, there’s also Israel “Stylebender” Adesanya, the UFC middleweight champion, who will face Yoel Romero in the main event of the UFC 248 Pay Per View.

Adesanya is a compelling figure. He’s the UFC’s new star employee. He’s an exceptional fighter, a creative striker, an entertaining performer, and brash talker. Adesanya literally has every facet to take over the fight game and woo fans (even the casual ones) with his style bending breed of MMA. He’s unlike any other fighter in the game, and, more importantly, has a longstanding rivalry with Jones.

Jones and Adesanya despise each other. They’ve been trading barbs online for months, and there is nary an interview with either fighter that doesn’t eventually land on the topic of a super fight between these two UFC champions. Jones vs. Adesanya may, in fact, be the biggest fight the UFC can book right now, aside from a Jorge Masvidal vs. Conor McGregor scrap for the BMF title, so why wouldn’t UFC president Dana White want to book it?

Well, one theory is that Adesanya is just a bit too small to compete with Jones and the UFC doesn’t want to ruin his marketability or his perfect 18-0 record. However, like Jones, Adesanya stands 6’4.” And, given his standup style that relies on timing, distance, and counter striking, it’s fair to now say that there is no doubt that “Stylebender” can hang with Jones, especially after the performance we saw at UFC 247.

Eventually, a Jones vs. Adesanya fight would be a phenomenal blockbuster fight, but now just isn’t the time for such a booking. Instead, it’s time for Jones and the UFC to award Reyes and immediate rematch, and soon, so that the promotion and both fighters can capitalize on the public awareness of the first bout, and the mass thirst for a rematch.

Honestly, it’s really quite simple. Reyes pushed Jones to a place where he’s never been, and his stock will never be higher. He still has the public behind him, many of whom believe that Reyes won the UFC 247 main event, and given that the UFC is in the business of selling fights, this is their best chance to sell the Reyes and Jones rematch.

Of course, Reyes should be careful what he wishes for. Jones has demonstrated an ability to learn from his in-cage mistakes and annihilate his opponents in rematches. He did it to Daniel Cormier and he did it to Alexander Gustafsson, finishing both foes the second time around after going the distance in the first match. In this regard, history is not on Dominick Reyes’ side, but none of that really matters in terms of booking the fight because Reyes deserves it, Reyes earned it, and Reyes should receive it. Now let’s see what the matchmakers decide to do.

Ball’s in your court, UFC.