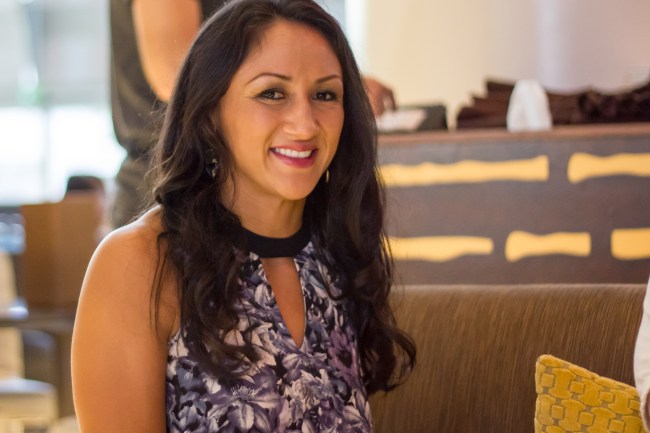 Less than four years ago, UFC strawweight challenger Carla Esparza hit a “breaking point.” Her words, not mine.

Losing back-to-back fights for the first time as an MMA pro, Esparza, the UFC’s inaugural strawweight champion, was facing a career crisis. Witnessing her peers and rivals evolve inside the Octagon, she knew something needed to change. Furthermore, she understood that there was no shortcut, no quick fix. It was time for a major overhaul, a total re-invention, if you will.

“I had to go back to being a beginner,” explains Esparza, just days out from her strawweight title fight at UFC 274 (May 7, 7 p.m. PST / 10 p.m. EST, ESPN+ PPV). Facing current champion Rose Namajunas in a rematch, more than seven years removed from their first bout, Esparza elaborates, commenting that she “had to go back to the basics and figure some things out.’”

Dissecting her skills and MMA game, Esparza, with the help of longtime coach Colin Oyama, and cornermen Alex Perez and Matt Salinas, looked inward, evaluating her technical, strategic, nutritional, and mental approaches to mixed martial arts. She all but threw out the game plan that helped her win major titles in the UFC and Invicta FC. It was a radical awakening, in all facets of her training regimen, but the results ever since have been undeniable, with five-straight wins heading into UFC 274.

Even if she decided to retire today, Carla Esparza would already be in the UFC record books.

The UFC strawweight division’s first champion and all-time leader in takedowns and control time, Esparza, the winner of The Ultimate Fighter Season 20, is also part of a rather distinguished group of UFC elites. Along with fighters like Forrest Griffin, Rashad Evans, Michael Bisping, Matt Serra, Julianna Peña, Nico Montaño and current pound-for-pound king Kamaru Usman, she’s is one of just eight fighters in history to win a tournament on the UFC’s flagship reality program, along with an undisputed title.

Still, it’s not quite enough for Esparza.

“On a personal level it’s been very important. I feel very proud of myself, very happy. But on a professional level, it hasn’t really meant anything to me. That’s in the past,” comments Esparza, who is set to marry a week after UFC 274. “That belt and that accomplishment, that’s not gonna win me my next fight. What’s gonna win me my next fight is my constant evolution, getting better and better.”

In this case, that meant taking private lessons at Orange County’s Team Oyama, homebase for the entirety of her MMA career, improving her striking and submission game, along with an entirely new scientific approach to strength, conditioning, and nutrition.

Working with the UFC Performance Institute to increase and optimize her strength in the cage, Esparza has been perfect since that “breaking point” in late 2018. She’s rattled off five-consecutive wins, all against highly ranked opponents, to secure a second shot at the UFC title she lost in 2015. It’s a phenomenal achievement, especially considering the strength of Esparza’s schedule, which includes victories (both professional and exhibition) over eight fighters inside the strawweight top-15 (along with a top-5 flyweight). No other fighter currently in the UFC has as many top-15 wins as Esparza.

And yet, despite the accolades, Esparza, whose most recent victory (a May 2021 TKO finish over Yan XiaoNan) was perhaps the best performance of her career, continued to go back to the drawing board, finding inspiration in the basics of MMA.

“I had to go back and figure out jabs … the most basic things,“ offers Esparza. “I was using that time to grow … I wasn’t idly standing by. I was learning. I was a student of the sport.”

She continues: “It is humbling, but for me, that’s where I’ve made my biggest gains, becoming a beginner again and opening my mind.”

During this career reinvention and path back to the title, Esparza has seen improvements in all facets of her MMA game, although she admits that she hasn’t necessarily been able to display all her new skills inside the Octagon. The growth has helped her evolve beyond being just a dominant wrestler; it’s helped her transform her game and approach fights with a more well-rounded attack.

“Maybe I don’t get to show my striking as much, but I feel like I’ve come a long way with my striking. My wrestling hasn’t necessarily gotten better, but I’ve gotten better at setting it up and putting it behind my striking,” states Esparza. “My submission game has gotten a lot better …  in my last fight it was great to get that ground and pound finish … my last fight was probably one of the best performances of my career.”

At UFC 274, against Namajunas, Esparza will need her entire arsenal, aware that the champion is not the same fighter she faced back in 2014.

“I feel like I’ve become a much better fighter, but this game has evolved with us,” comments Esparza. “I’m a better fighter … than I was when I fought for the title for the first time, [but] everyone’s better. Everyone’s stepping their game up. It’s just getting more and more competitive every year.”

An MMA veteran, set to enter her 25th professional fight, Carla Esparza is fully aware that she’s evolved into a new fighter. She’s been assigned one of the most difficult paths back to a UFC title shot in the history of the promotion, even accepting a relatively short notice championship bout just a week before her wedding, and yet, here she is, preparing for her 14th walk to the Octagon, and a rematch against a fighter she’s already beaten.

“You take the opportunities as they come,” adds Esparza. “At the end of the day I always just try to tune everyone out and just focus on the fight … you shut that cage door and it’s just gonna be me and Rose.”