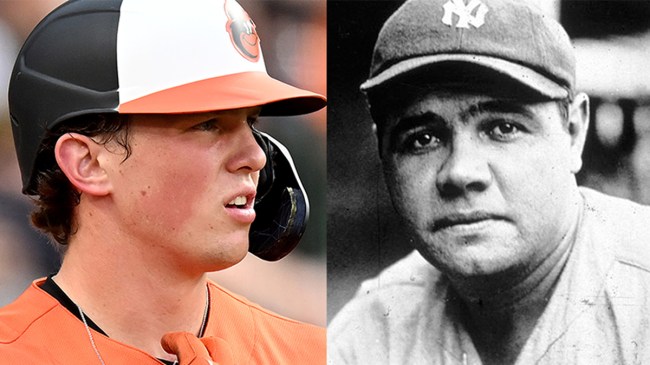 It’s very easy to underestimate the amount of work that goes into broadcasting a sporting event on television, and the fact that the many people responsible for bringing them to the masses routinely make an incredibly complex production seem easy to pull off is a testament to the talent required to do exactly that.

Do they occasionally make mistakes? Sure, but that sort of comes with the territory when you’re essentially asking everyone involved to conduct an improvised visual sympathy—including the commentators in the broadcast booth, the camera operators capturing the action from a wide array of angles, and the director tasked with coordinating with them and the crew devoted to whipping up replays, queuing up music and graphics, and the many other touches most viewers take for granted.

Of course, filling hours of airtime is easier said than done. If you’ve lost count of the number of times you’ve been reminded Matt Patricia is a “rocket scientist,” then you know just how much networks love to trot out random facts in an attempt to supplement the action.

However, there’s arguably no sport home to broadcasts that rely on using supposedly interesting statistics as a crutch quite like baseball.

I’m not exactly sure why that’s the case; it seems like the length of a typical MLB game and the fact that the league has spent more than a century keeping an exhaustive record of stats leads to broadcasts routinely highlighting wildly specific achievements along the lines of “This is the first time a third baseman has hit a two-run home run on their 31st birthday west of the Mississippi River with the wind blowing in an easterly direction since 1963.”

I don’t know if I’ve seen anything that highlights that tendency quite like what popped up on the Orioles home broadcast on Thursday night.

It’s hard to imagine many people were clamoring for a list concerning which MLB players with a last name beginning with “Rut” have managed to hit the most home run over the course of their career. However, we got exactly that when Adley Rutschman stepped up to the plate along with a graphic noting he trails Babe Ruth and Josh Rutledge in that particular category.

It’s safe to say plenty of people were baffled by the sheer absurdity of the list, which got roasted after going viral.

now what type of fact is this.. pic.twitter.com/NsP9Eglroi

This is officially the most ridiculous sabermetric I have ever seen. Go orioles tho https://t.co/YgKjz441yI

Have analytics gone too far? My column: https://t.co/5CRl8fw1SY