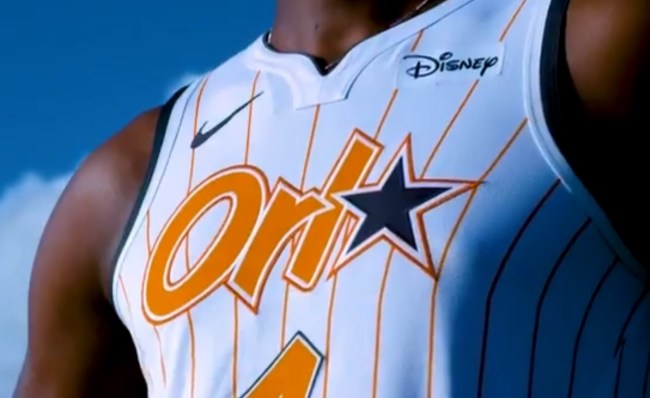 The Orlando Magic just unveiled their new “City Edition” uniforms for the 2020-21 NBA season and reactions by fans were all over the board.

Part of the reason for the mixed reaction is because these new alternate uniforms are a major departure from what fans are used to seeing from the Magic.

Gone is the team’s traditional blue, white and black, replaced with orange and white in what is obviously an homage to the Sunshine State’s citrus industry.

“The pinstripes and star pay homage to cherished symbols of the Magic’s past while incorporating the color orange to create a vibrant and inspirational theme representing the bright future of tomorrow in a bold new design,” reads the description of the new “City Edition” uniforms on the Magic’s website.

“The orange color was unveiled in the team’s first City Edition uniform last season to represent what Orlando is famous for – sunshine and citrus. From its very early beginnings, orange has been a part of Orlando – from sunshine, to orange groves to Orange County to Orange Ave., it’s the color thread that intertwines the fabric of this city, its people and this team.”

Fan reactions to the new look appear to fall into one of two categories: they either love it, or they hate it. Not much in between here.

Don't mind the people who don't like this, they're the kind of people who think mayonnaise is too spicy.
This jersey is straight FIRE!

Are we advertising for some kind of orange juice initiative?

Come on guys, black pinstripes on this. They are SO close to being incredible.

Wow wow wow wow- “CITY EDITION”- would love to ask the @OrlandoMagic marketing team how far outside the city they had to go to film this? 😬 #Stickwithblackandblue

Reminds me of the basketball version of this pic.twitter.com/JThcO7Naff

I don’t know. Considering the Magic finished 8th out of 15 teams in the West last season, it seems pretty appropriate for reactions to their new “City Edition” uniform would be split right down the middle, don’t you think?