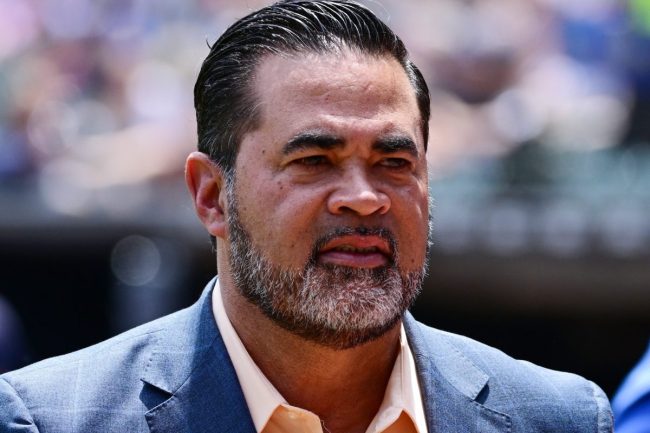 All money would go to charity, which I guess makes this ok??

Guillen has been firing off angry tweets aimed at the Post writer while offering apologies to his employer, his wife, and everyone in between for the unkind words spewing from his keyboard.

He calls Heyman a “jealous man” and a “liar” who’s putting out false stories about both the White Sox and Guillen, personally.

My wife will be mad but tired of this liar talking about me. Your a jelous man that me with shit English do the job you do. All you do is lie about stories. I get paid to talk baseball just like you. I said I love Tony but I gave my opinion and he know how I feel. You always hate https://t.co/YpmksSBngv

I apologize to @NBCSChicago and my family but tired of Jon Heyman using me as his punching bag. He is not here in Chicago he don't know anything stop lying stealing people money with bad stories. Am a man before it all and I won't let him insult me like that.

Your opinion has always sucked from me. I am not insulting anyone to get no job. If they call me to be commisoner I might take it don't mean I wanted it. Your a loser and always will be one.

Hate me why? Because of bad English? Because I won? Am loud? Good looking? Rich? I don't need to insult anyone to get a job. Maybe you think I do. Tired you putting me down. Maybe you think you can because your privilege and I am not?

It all culminated with Guillen asking for the charity boxing match.

Jon you hate me and always bad mouth me. Let's settle it. Let's raise money Jon me and you the ring. Whatever money we raise goes to charity. I am not perfect, but tired you hiding behind you a writer.

The original anger seems to stem from a comment made by Guillen criticizing current Chicago manager Tony La Russa. To be fair, many have questioned his decision making this year.

But Heyman insinuated that Guillen, who works for NBC’s Chicago affiliate covering the White Sox, was doing this in an attempt to take the managerial role for himself.

Ozzie was the Sox manager from 2004 to 2011, winning a World Series title in 2005. Apparently, Heyman thinks Guillen wants the role back.

“I have always defended Tony because I love the guy in many ways. So don’t talk shit without knowing who I talk to and what I say.”

Heyman has not responded to the challenge, and I’m not sure folks would be lining up to watch two 60-year-old men throw blows in the ring.