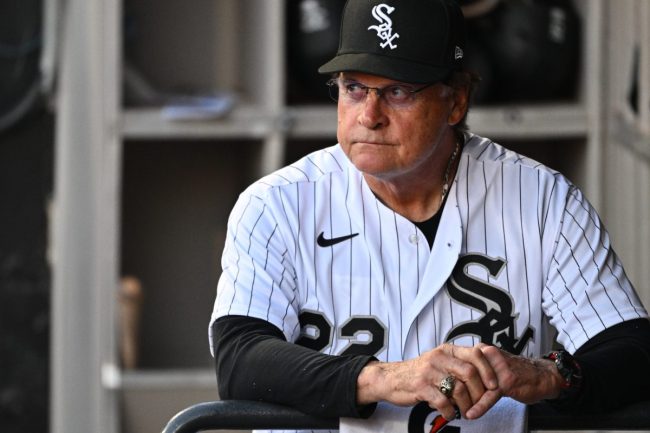 While the move wouldn’t come as a shock in most cases, this particular incident is surprising. The Guardians had a man on second, meaning first base was open. Ramirez, a .287 hitter, was up with a man in scoring position. He’d already singled home two runs in the third inning.

But rather than just call for the intentional walk from the get-go, the White Sox threw a first pitch strike. After fouling off the first offering, Ramirez stepped back into the box only to then be given the signal to walk down to first base.

La Russa called for the intentional walk on an 0-1 count. There was seemingly no rhyme or reason behind the decision. Even Ramirez looked confused.

It’s not the first time that La Russa has pulled this move. He actually did it with two strikes earlier in the year to Trea Turner. That ended poorly as the next man up smacked a three-run homer to lead the Dodgers to an 11-9 victory.

In that instance, though, there was at least some sort of reasoning behind the move. A wild pitch on the pitch prior opened up first base, but fans were still critical of the decision as his guy was up in the count 1-2.

MLB fans are just about through with La Russa’s antics, and they’re letting it be known on social media.

MLB fans can’t quite get their heads around the decision to walk a batter on an 0-1 count. It’s as if La Russa is trying to outsmart himself with these mid-at-bat moves.

Do you KNOW what Jose Ramirez’s slugging percentage is in 0-1 counts against a RHP in the month of July in the bottom of the 5th inning with a runner on 2nd and two outs? Because if you did you wouldn’t be doubting Tony LaRussa’s genius… https://t.co/1trcl6pXNw

Tony La Russa elected for the intentional walk of Jose Ramirez on an 0-1 count. As @jasonbenetti said, "We've seen some stuff." Yes, we have.

Both teams’ broadcast booths were in utter disbelief.

white sox booth are so over trying figure out Tony La Russa pic.twitter.com/aAXYihBFvU

It’s gotten to the point where he’s losing the support of the White Sox faithful.

Podsednik: "We need to hear Tony [La Russa] say 'the way we're taking the field and what we're doing is unacceptable.'"

Ozzie: "I want him [La Russa] to be THAT guy. The White Sox need THAT guy." pic.twitter.com/p1L48eJPg4

In the end, the White Sox got out of the inning scot-free, so maybe La Russa is actually a genius. Many don’t believe this to be the case, though, and they’ve become fed up with the schtick.