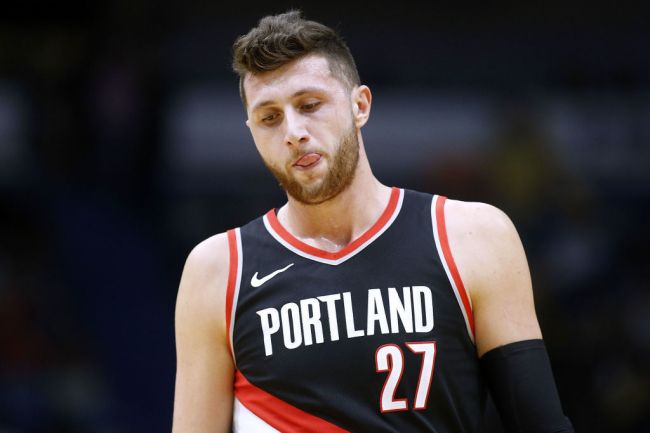 We’re beginning to learn more about why Jusuf Nurkic decided to get into it with a young fan over the weekend.

On Sunday, Nurkic was seen on video confronting a young Pacers fan sitting courtside and throwing the fan’s phone into the stands.

According to Yahoo Sports’ Chris B.Haynes, the fan allegedly mocked Nurkic’s grandmother, who died of Covid in 2020.

The fan who Portland Trail Blazers center Jusuf Nurkic confronted in Indiana allegedly shouted “your mom is trash” and said his “grandma’s a b**tch,” league sources tell @YahooSports. Nurkic’s grandma passed away of COVID-19 in 2020.

The NBA fined Nurkic $40k over the incident on Monday.

The NBA says Portland's Jusuf Nurkic has been fined $40,000 for "confronting a fan courtside and grabbing the fan’s cell phone and throwing it into the spectator stands."

More NBA from me: https://t.co/A6ycVmnrjq

It is worth noting that two Pacers fans were kicked out a game earlier this season for crossing the line with their trash talk.

After the Lakers' win over the Pacers in Indianapolis Wednesday night, LeBron James did not elaborate on what the ejected fans specifically said or did, only describing their actions as "outside the line with obscene gestures and words." https://t.co/tXXdkRmHnP