Packers Fans Are Losing It, Now Say Aaron Rodgers Sucks Because Of ‘The Curse Of Olivia Munn’ 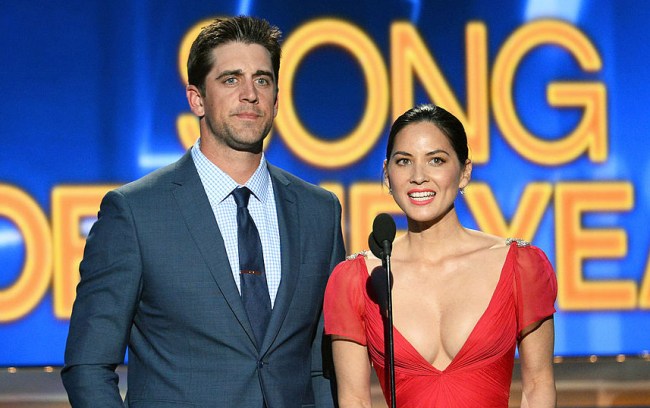 Olivia Munn just can’t win when it comes to Green Bay Packers fans. When she was dating their quarterback Aaron Rodgers they blamed his being bad on having too much sex with her.

Now, as their team was being rolled by the Atlanta Falcons 34 to 23 on Sunday night with their quarterback turning the ball over a couple of times, Packers fans switched gears and decided that now it was Olivia Munn’s fault that Aaron Rodgers had a bad game because she was NOT dating him.

No wonder she has felt the need to troll so hard lately.

"My curse is working perfectly" -Olivia Munn into her cauldron. #SNF #GBvsATL #AaronRodgers

I kinda feel like this one is still Olivia Munn's fault.

GRIPPING: Is Aaron Rogers thinking he should take Olivia Munn back right about now? Betcha he is. Take one for the team, Aaron, puh-lease!

Ithink I speak for 99% of packer nation when I say we miss Brett Favre and Ron Wolf. #neverforget @AaronRodgers12– get back with @oliviamunn

@AaronRodgers12 @oliviamunn can ya just get back together? Aaron has not been the same..he is so off beat…😍😍😘😘😘

#FalconsVsPackers what is Aaron Rodgers record since he dumped Olivia Munn? #justsayin

This is Karma for breaking up with Olivia Munn. Aaron Rodgers your game is pitiful tonight. Thanks for nothing in fantasy

@oliviamunn please get back with Aaron. He did better last year with you.

Maybe Rodgers should have never broken up with Olivia Munn.

Maybe @oliviamunn WASN'T the problem with Aaron Rodgers. She made him better. #Packers #GreenBay #nfl #SundayNightFootball

So do we Packer fans want @oliviamunn back now..?

Rofl I think fans should beg for @oliviamunn back bc the current ladies ain't doing it for Aaron. 😂

When the Falcons beating you by 24 points, and you see pictures of Olivia Munn looking like a snack. pic.twitter.com/KEVB7fCgXR

On the other hand, Atlanta’s fans are apparently now also big fans of hers…

I expect to see her rocking some Falcons gear on social media very soon.