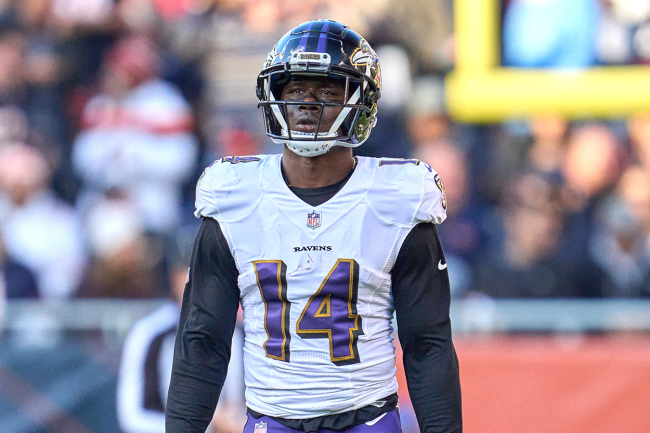 When Davante Adams was traded from Green Bay to Las Vegas, it left the Packers with even more questions at wide receiver. Head coach Matt LaFleur appeared to answer some of them on Wednesday.

When Adams was on the team, there was a lack of talent at the wide receiver position around him. Sure, there was Allen Lazard and Marquez Valdes-Scantling, but neither of those guys are superstars, necessarily.

Now that Adams is not on the team, that lack of talent is even greater. Green Bay addressed some of the issue by taking Christian Watson in the NFL Draft, but that isn’t necessarily enough to replace one of the NFL’s best pass-catchers on a team led by Aaron Rodgers.

In addition to the Draft, the Packers went out and signed veteran wide receiver Sammy Watkins. That left Lazard, Watson, Watkins, Randall Cobb and 2021 second round pick Amari Rodgers as the five top targets. It was a solid wide receiver room, but not a great wide receiver room, as it could have been with Adams.

Aaron Rodgers throwing passes to three players he had never thrown to before yesterday — Sammy Watkins (11), Christian Watson (9) and Romeo Doubs (87) — plus one player he’s probably thrown a couple thousand passes to. pic.twitter.com/bUeAEfyVuF

And to make matters worse, Lazard is currently holding out after a very confusing, contradictory statement by his agent.

That makes Green Bay’s wide receiver room very confusing. There is no telling how it shakes out, but LaFleur made the picture a little bit more clear on Wednesday.

Sammy Watkins is set to be a big part of the Packers’ offense in 2022.

As Green Bay got its minicamp underway this week, Watkins was catching passes from his third quarterback in three years after playing for the Chiefs in 2020 and Ravens in 2021.

Watkins played under LaFleur with the Rams in 2017 and caught eight touchdowns, which is the second most in a single season during his nine-year career. That familiarity may or may not have played a role in the Packers signing the former Clemson Tiger, but either way, he is going to be heavily involved.

“Obviously, we have history going back to L.A. together,” LaFleur said. “So that definitely gives you a pretty good idea of what he’s capable of doing. I still think — I don’t think his game has fallen off at all since we were together in 2017. A little of it has been maybe a little bit lack of opportunity. But I think he’s a guy that’s out there working hard. And he’s going to be a big part of our offense.”

Watkins also spoke about his career after the second day of camp. He has big hopes for his time in Wisconsin.

Sammy Watkins with a frank assessment of his career and how he hopes to change it in Green Bay. pic.twitter.com/dncmVGayQL

Whether Watkins goes off in 2022 or not is yet to be seen. Only time will tell, obviously. But if he can return to form with Rodgers throwing him the ball, Watkins could be a huge asset in Green Bay.