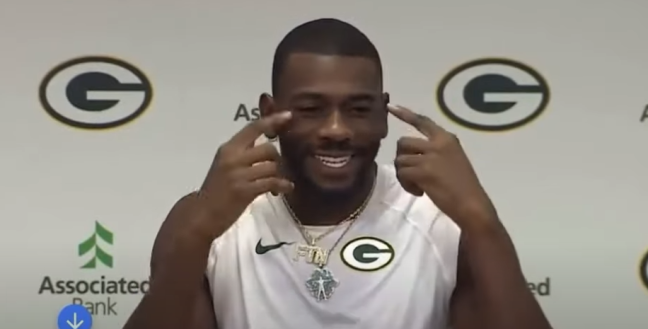 Green Bay Packers wide receiver Devin Funchess found himself in hot water after using an Asian slur during a press conference after the Packers night practice on Saturday night.

While speaking to reporters Funches was joking that he could tell which of them were smiling even with their facemasks on because their eyes appeared “chi–y.”

While attempting to describe to reporters that he could see them smiling behind their masks, Packers WR Devin Funchess said he’s aware because “everybody turns c*inky” while slanting his eyes backwards.

Funchess would later take to Twitter to release an apology for using the Asian slur during his press conference.

Packers GM Brian Gutekunst told the media that he addressed the situation with Funchess.

Brian Gutekunst starts his presser saying they’ve talked to Devin Funchess about his anti-Asian slur and it has been addressed. Believes Devin’s apology was sincere.

Added: “It's not something that is condoned by the Green Bay Packers.”