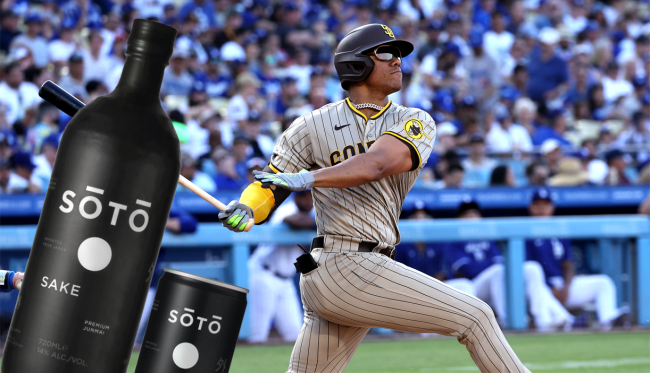 For weeks, the baseball world wondered which lucky team would be able to win the Juan Soto sweepstakes. To the surprise of many, it was the San Diego Padres that were the big winners, acquiring the 23-year-old superstar from the Washington Nationals.

Now that the dust has settled a little bit, the events that transpired on that historic night are beginning to come to light.

A new report by Jeff Passan of ESPN reveals how long and hard Padres general manager A.J. Preller and Nationals GM Mike Rizzo worked to get the deal done.

Shots of sake, A.J. Preller falling asleep during a phone call, Mike Rizzo coming to terms with trading a future Hall of Famer and sleep deprivation for all involved: Step-by-step, the inside story of how the Juan Soto blockbuster went down, now at ESPN+: https://t.co/E6bi0EJnr5 pic.twitter.com/Og8zX3KmqO

Sometime after 2 a.m. on the East Coast that night the deal was done.

As midnight approached on the West Coast, Preller said the magic words to the baseball-operations team gathered at Petco Park: “We have an agreement in principle.” The room exulted. San Diego’s pro scouting director, Pete DeYoung, had come to work ready to celebrate. Earlier in the week, he saw a bottle of alcohol he thought could cap the occasion. He’d been in the game long enough to know not to tempt the baseball gods, but this was too perfect: SOTO Junmai Sake. They poured shots and toasted and threw them back with glee.

As it says on SOTO sake’s Instagram page, “SOTO Junmai Daiginjo is exceptional for consuming on special occasions…” Turns out the company is right.

It will taste even better if the Padres, one of just six Major League Baseball teams without a World Series title and the only American city with no other major pro sports teams, can become the first team in the entire city’s history to win a major sports championship of any kind.