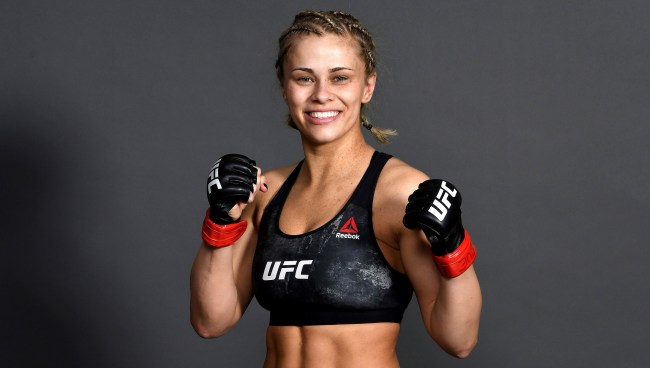 Entering the last fight of her contract with the UFC versus Amanda Ribas at UFC 251 Fight Island, flyweight contender Paige VanZant looks back on her career thus far with the organization and discusses how little most UFC fighters actually get paid.

Speaking to MMAFighting.com this week, VanZant, one of the most recognizable fighters in the UFC, expressed gratitude for the opportunities the organization has given her, but also revealed some disappointment, both in the organization as well as herself, for how little money she’s actually made fighting since her first UFC bout back on November 22, 2014.

“I’ve added up all the money I’ve made in the UFC over six years, and I could have just had a regular job with the same pay,” said VanZant. “I’m so thankful for everything the UFC has done for me, the platform they’ve given me. This is nothing against the UFC. But the contract I signed is what I signed and I know I need to honor it. That’s why I’m fighting this last fight out and I was never trying to break it early.

“It’s important to fight this fight out, honor my contract and then say listen this is my value and this is what I need to be paid to make it worth it.”

“If I have any more problems with my arm, they aren’t covered by the UFC,” VanZant told MMAFighting.com. “They only cover up to a year after your injury date and then you have to pay. I don’t have my own health insurance, which is awful, but it’s expensive.

“A year after my injury, I went to go get another doctor’s opinion for my arm to make sure it’s all good and they’re like ‘your insurance is not covered anymore because the UFC only covers up to a year after your injury date.’ So I was like oh no, here we go. Now I have to think about getting health insurance to cover my arm injury that I broke in the UFC.”

“People just need to pay attention, we are sacrificing day in and day out and we feel we need to be paid our true value,” VanZant said. “That’s pretty much it.