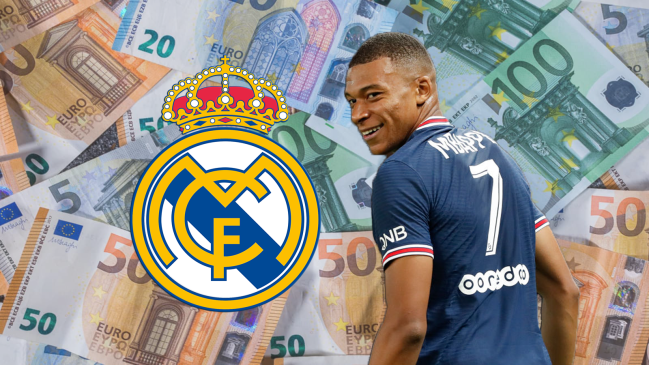 One of soccer’s giants has its eyes set on the world’s best young forward, but his current club isn’t interested in letting him walk for less than a king’s ransom. According to Spanish media, Real Madrid made a €160 million ($188 million) bid for Paris Saint Germain striker Kylian Mbappé.

And per French newspapers, PSG scoffed at the number and rejected the offer.

Mbappé initially joined the Parisian club in 2017 on loan from AS Monaco before the deal was made permanent in 2018. The 22-year-old’s contract expires on June 30, 2022 and he is yet to sign a contract extension.

It is seemingly inevitable that Mbappé is on his way out and PSG acknowledged that notion. The club is willing to let him out, but not for a number less than asking price.

Figuring out the future.

PSG is in a difficult position. After acquiring Barcelona legend Lionel Messi last month to the delight of its fans, the club has the best attacking trio in the world— Mbappé, Messi and Neymar.

While it would be fascinating to watch how the three could perform together over the course of an entire term, it would be difficult to see Mbappé leaves without compensation. Should he reach the end of his contract, he would be free to leave and PSG would not see any return.

Mbappé, who has scored 133 goals in 174 appearances for PSG, has “made it clear” that he does not plan to re-sign with the club, per ESPN. Thus, finding a suitor before June is crucial.

The PSG side is reportedly reluctant to sell this summer and is not particularly keen on lowering the asking price. It is asking closer to $235 million and believes that the low-ball offer from Real Madrid was a negotiating tactic.

"It seems like a strategy to try to get a no from us, to show that they have tried everything and to wait for a year to get him for free." (RMC)

The situation in Paris is precarious and it will be interesting to see whether PSG finds a way to get paid for their superstar before he walks.