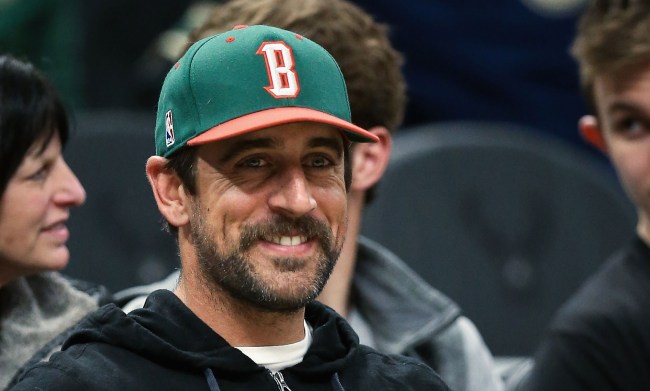 For years nobody ever could question Aaron Rodgers from a talent stand point, a rocket of an arm with all the other tangibles to go with it. But time and time again the media and the NFL world have always seemed to knock Rodgers for his personality and some “diva” like tendencies. I can’t tell you how many times I have turned ESPN on only to hear them debate for an hour on whether or not Rodgers has the personality and likeability to be a true leader on and off the football field.

Earlier this year, Rodgers announced that he would be joining The Pat McAfee Show every Tuesday to talk football and whatever game he played that previous Sunday. In my opinion, this was the best decision he has ever made.

Since Rodgers joined McAfee each week it’s been non-stop laughs and good times. Nobody, and I mean NOBODY, can bring out the best of you quite like McAfee can. Fans are starting to really see the true Rodgers and what the guy can bring to the table from a personality and sense of humor standpoint.

Personally, I wasn’t a huge Rodgers guy myself, but since he has joined this show I simply can not get enough of him.

I think more athletes should be doing something like this, although there are only so many Pat McAfee’s out there, link up with a show that is going to bring the best out of you. Not the same boring questions that would lead a guy like Rodgers to dread going on national TV each week and not bringing much to the table.

Let this be the blueprint for athletes worldwide, simply just find your McAfee and go have some fun. Be open, let it fly, and win some ball games all at the same time. Which is exactly what No. 12 is doing, and doing a damn good job at it.