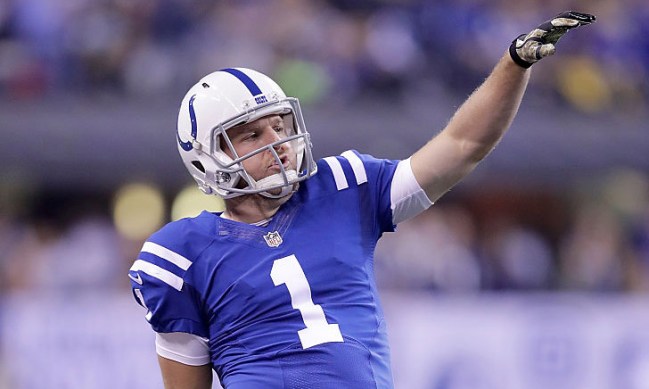 October 20th, 2013 was a big night in Lucas Oil Stadium and for Colts fans worldwide. It was the return of ‘The Sherriff’ Peyton Manning as he was coming back to his old team’s stadium now with the Denver Broncos, a team he would later go on to win a Super Bowl with.

It was a no brainer for the NFL to make this a prime time game for Sunday Night Football as there would most definitely a lot of interest in the game. But it wasn’t Manning that made the biggest splash that night, it was Colts kicker and punter, and maybe the greatest electric factory of all time, Pat McAfee. On the opening kick off, McAfee fully laid out Olympic trials sprinter Trindon Holliday on the Broncos sideline to start the game off. It was a moment that even McAfee himself never thought he would get to experience.

“There’s like a 10 yard demolition derby area thats behind the first wave of kick off coverage and you never want to be in there. Theres blind sides coming, that is just a place you don’t want to be. As the kicker, anytime I make a tackle there is something that went wrong.”

McAfee went on to describe the moment right after he knocked the lights out of Holiday.

“I got up, looked around and just was intrigued by it all. The stadium went nuts, so I thought okay here we go, just gave up terrible field position but they are going crazy. We just gave Peyton Manning starting field position at the 50 so they are most likely going to score, but the place was going nuts.”

This was a small part of what was an incredibly entertaining interview with McAfee. As most of you know, McAfee now has an extremely successful sports talk show following his NFL career and has been making people laugh ever since.