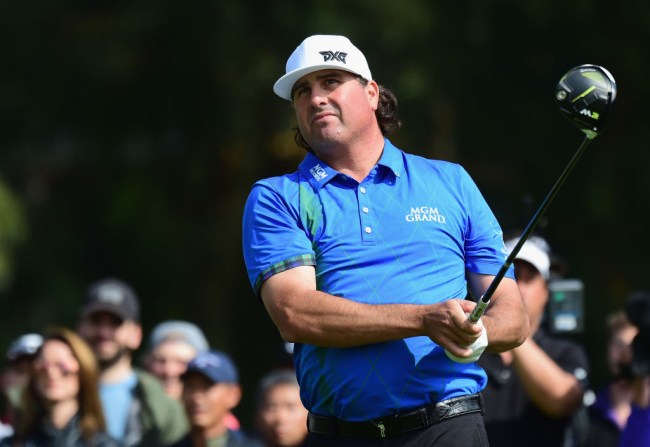 Photo by Harry How - Getty Images

If you play on the PGA Tour in 2017 (or have played any time in the last 20 years) it is not uncommon for reporters to ask you your thoughts on Tiger Woods. Truthfully, he was, and still is, the most interesting and popular golfer on the planet. That is likely going to continue until he officially decides to hang up his clubs and that crushed saltine cracker that he calls a back.

With all the Tiger Woods questions constantly being asked, you can’t blame other players for getting annoyed by it. In his prime they had to grin and say nice things, because Tiger was a fucking beast back then and the last thing you wanted was to give him more motivation than he already had. These days, however, players are getting tired of it. Some of them still give the nice, vanilla answer when asked about Woods’ latest attempt at a comeback, but that’s not what Pat Perez decided to do when he was asked about the 14-time Major champion on SiriusXM PGA Tour Radio.

After acknowledging what everyone already knows — that Tiger is still the guy who moves the needle — Perez offered some very candid thoughts on the state of Tiger’s game and why he thinks Tiger keeps trying to come back.

These aren’t the comments of a crazy person. Anyone who has watched Tiger try to play golf (save for at the Hero World Challenge) can clearly see he is no longer Tiger Woods. It’s just that Perez is one of a few of Tiger’s peers who has the necessary balls in his sack to actually make the comment. Interestingly enough, after those comments Perez went on to say that if Tiger is absent at Augusta, he will probably not play again this year.