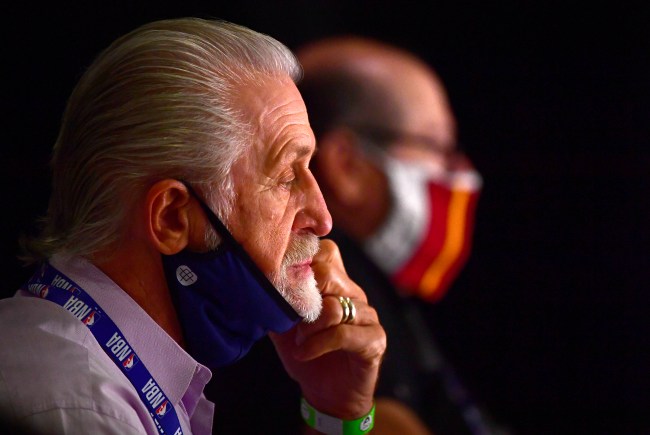 Oh, the stories we tell ourselves.

The word asterisk in thrown around in sports with the ease of a cocaine platter at Charlie Sheen’s birthday party. It’s become the equivalent of “Dude, I totally could’ve banged her!” when she leaves the bar with a more attractive, more successful guy and you have puke dribble hanging from your chin.

Asterisks should be reserved for the cheats, those who manipulate the rules to create an advantage that cannot be achieved through sheer skill.

It should not be used in matters of circumstance, like when two of your players go down with injury, despite both playing in the Heat’s Game 6 blowout loss in which they were down 28 at half.

While Heat President Pat Riley correctly pinned the Lakers as the better team on Friday, he did provide a “Ya but” that undermined the title.

Keep in mind, this is coming from a guy who squeaked by the Pistons in seven games in 1988 because Isiah Thomas was hurt.

“They were the best team, but there’s always going to be asterisk, that caveat,” Riley said. “If we had Bam and Goran — Goran was our leading scorer in the playoffs — at 100 percent, it could have gone to seven games or whatever, but thank you for reminding me. I appreciate that, but I’m not going to look back on it. I’m just going to look at all the positive things, get Goran healthy and Bam healthy, and bring everybody back and try to add to the mix.”

There are plenty of champions that benefitted from injuries. Honestly, most of them do. Pat Riley’s teams have

But durability matters. The question isn’t “who has the best team on paper/peak.” The question is, who can survive the playoff gauntlet? The Lakers did. The Heat didn’t

Not sure why coaches make comments like this. There's variables every year that change the dynamics. Draymond suspension. Kawhi's lucky ass bounce. That's basketball.

Pat Riley is drunk. Just tip your hat to the Lakers and keep it moving. pic.twitter.com/mccTKLqsqw

Eventually, Riley walked back his comments, as one does when they’re wrong.

Pat Riley, on how his words Friday have been wildly twisted out of context: “The asterisk is next to the Heat’s name, not the Lakers. Their title is legitimate. Our loss has an asterisk (next) to it. The Lakers were the better team. Period.”

Every title in the last 15 years has come with an asterisk because I never made it to the NBA. If coach only put me in. What could have been….