No. 4 Overall Basketball Recruit Patrick Baldwin Jr. Committing To A Struggling Mid-Major Program Will Be Fascinating To Watch Unfold 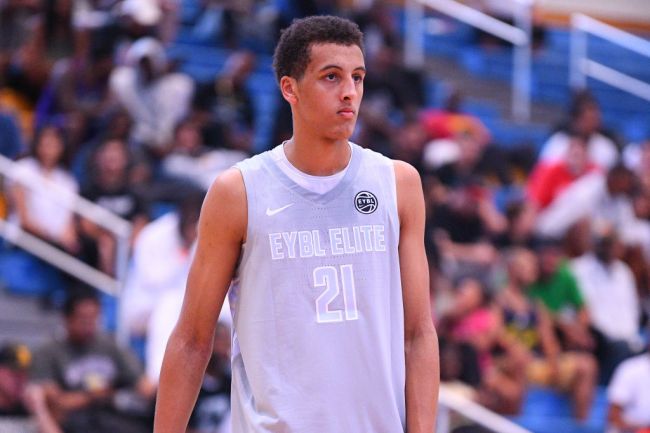 One of college basketball’s top recruits made his decision on where he will attend college on Wednesday, and he’s committed to… The University of Wisconsin-Milwaukee?

Patrick Baldwin Jr. is a 6-foot-9 small forward out of Sussex, Wisc. and ranks as the No. 4 overall recruit on 247Sports. He committed to play for the Panthers over offers from Duke, Georgetown, Michigan, Florida, UNC and Kansas, among others. The highest-rated recruit out of Wisconsin since 199 could have gone almost anywhere in the country. Instead, he chose to stay home and play for his father, who is entering his firth year as the head coach at UW-Milwaukee.

2021 five-star Patrick Baldwin Jr. tells me he’s committed to play for this father at Wisconsin-Milwaukee. pic.twitter.com/rg4lw18xYx

Family beat out the blue bloods in the end, which makes for a really interesting dynamic.

Is Milwaukee any good?

Milwaukee isn’t considered a powerhouse in the Horizon League, let alone one of the nation’s top teams. The Panthers have not finished higher than fifth in their conference since 2011. They were co-regular season champions with Shelvin Mack’s Butler and Cleveland State in 2010-11, but they didn’t win the conference tournament and were bounced in the first round of the NIT.

All this goes to say that Milwaukee isn’t very good. Baldwin Sr. took over a program that went 4-14 in-conference and 11-24 overall in 2016 and has not eclipsed seven Horizon League wins in his first four years.

How can Baldwin Jr. contribute?

Enter Baldwin Jr., who will play college ball for his dad just minutes from where he went to high school.

It is assumed that he will play only one year with the Panthers before going pro, but only time will tell. No matter whether he stays or goes right away, it makes for a very interesting dynamic. Of all the college sports, basketball is one where a single player can make all of the difference. Especially in the mid-major conferences. Baldwin Jr. could easily step into the starting lineup on day one (barring unforeseen circumstances, he will) and drop 20 points a night.

Baldwin Jr. is a versatile offensive player. He was the primary ball-handler in high school and has shown the ability to create his own shot— something he will need to do a lot at Milwaukee. However, he also displayed a willingness to distribute the ball and found open teammates with strong court vision. As a scorer, he can get to the rim and finish, hits tough mid-range shots when the situation calls for it, and hit 39.7% of his attempts from beyond the arc. He’s a great shooter off of the dribble and the catch.

Named the Gatorade state player of the year as a junior, Baldwin Jr. averaged 24.3 points, 10.8 rebounds and 4.2 assists per game for his high school team. The team went 22-3 and reached the sectional final before the season was cut short due to COVID-19. His senior season ended after he suffered a high ankle sprain in the second game of the season.

Milwaukee compete alongside Wright State, Cleveland State, Detroit Mercy, Northern Kentucky, Oakland, Youngstown State, IUPUI, Green Bay, UIC, Purdue Fort Wayne and Robert Morris in the Horizon League. Not a single one of those teams has a player of Baldwin Jr.’s caliber. While he will be the focus of every opponent’s defensive game plan, he has the opportunity to dominate every single night.

We haven’t seen anything like this before. A five-star, top-five recruit going to a struggling mid-major. It will be really interesting to watch how this unfolds.

Can Milwaukee make the tournament? Will Baldwin Jr. crumble under the consistent defensive pressure? Will he draft stock be buried by the irrelevancy of a small Horizon League program? Stay tuned.