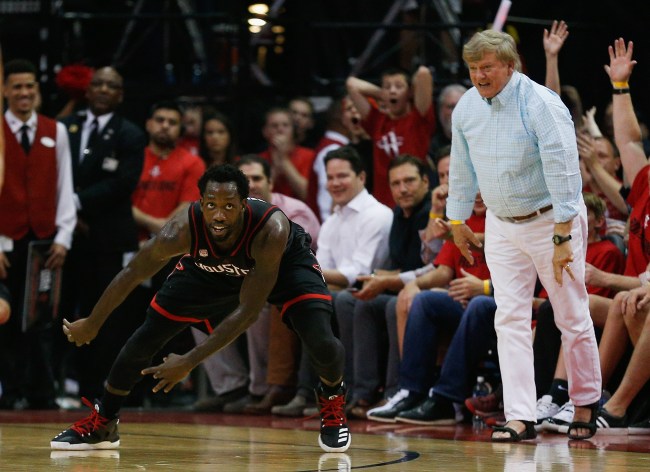 The NBA Rules Committee should impose a mandate for next season that forbids any player from talking shit in the fourth quarter who has fewer than 10 points. For the other three quarters, the length of a player’s leash should correlate directly to his season average points per game. If a player’s team reaches the playoffs, the stats start anew.

For example, LeBron James is averaging a mind-numbing 34.9 ppg this postseason. Under my proposed rule, he should be allowed to punch any player in the face once without reprimand. Tristan Thompson, however, is averaging just 5.8 ppg this postseason. If he so much as squints his face in disapproval, he should be thrown out of the game. Hey, the rules are the rules I don’t make ’em. Actually I did.

Point is, Tristan Thompson has played enforcer this entire playoffs–he did it in the Eastern Conference Finals against the Celtics and in Game 1 of the Finals last night, he was ejected for touching Shaun Livingston on the elbow (seriously) and proceeded to stuff the ball in Draymond Green’s face.

Tristan Thompson shoves Draymond Green after getting ejected…tells him to meet him after the game pic.twitter.com/zUIRnaZuGr

Clippers’ guard and renowned instigator Patrick Beverley decided to hop on Twitter in his offseason to call out Tristan Thompson for being a fake tough guy.

Now everyone in the League know @RealTristan13 is not tough. When did he become Mayweather

Cold. But not as cold as this.

Tristan Thompson should’ve learned by now that cameras have a way of catching him do these things.