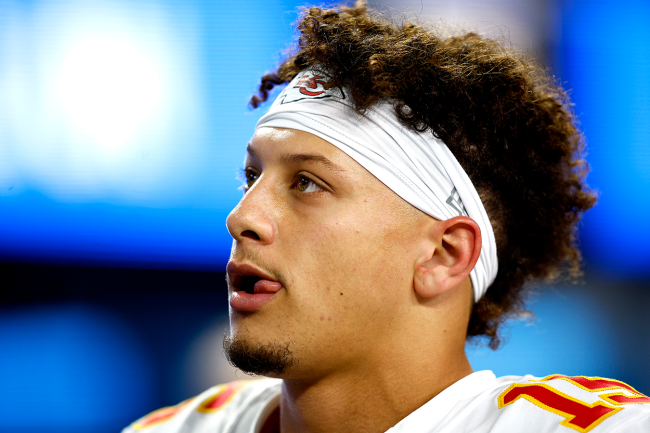 The 2022 NFL season is just under two months away. There is still a long way to go.

However, it’s almost that time and teams across the league are getting ready to open training camp at the end of the month. The Kansas City Chiefs are among them.

While that is undeniably exciting for the players, because they are finally back on the field, the weather might make it a little bit less so. It’s hot, everywhere.

Of the people who are less-than-thrilled about the temperatures across the country is Patrick Mahomes. The 26-year-old, $500 million quarterback expressed his concern (for lack of better word) with a sarcastic tweet on Friday.

Mitchell Schwartz, who officially retired from the NFL earlier this week, spent three years protecting Mahomes with the Chiefs and won a Super Bowl in 2020. He posted a photo of the forecast in Kansas City for next week and it includes five of six days over 100 degrees. The sixth will only reach 98.

In response, Mahomes joked that it’s going to be a fun week to get training camp underway.

Going to be a fun week to start camp 🤣 https://t.co/nUyJ5fdFi7

Even though he is from Texas and played at Texas Tech, Mahomes has said before that he is a “snow game guy.” The heat next week is the opposite of that.

Fortunately for Mahomes, the Chiefs do not hold training camp in Kansas City. They practice at Missouri Western State University in Saint Joseph, Missouri.

The temperature there next week, though still toasty, is slightly more tolerable. It is not expected to reach the 100-degree mark. 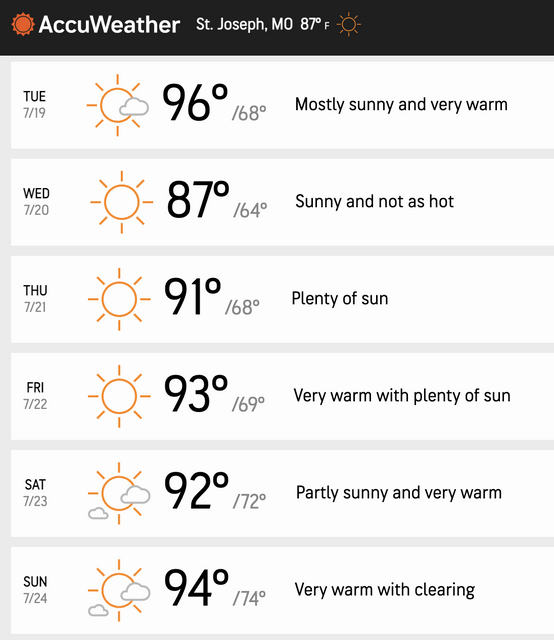 And to make things a little bit more encouraging, the Chiefs ease into things next week. They don’t hold their first official training camp practice until Wednesday, July 27.

That looks hot, but better. 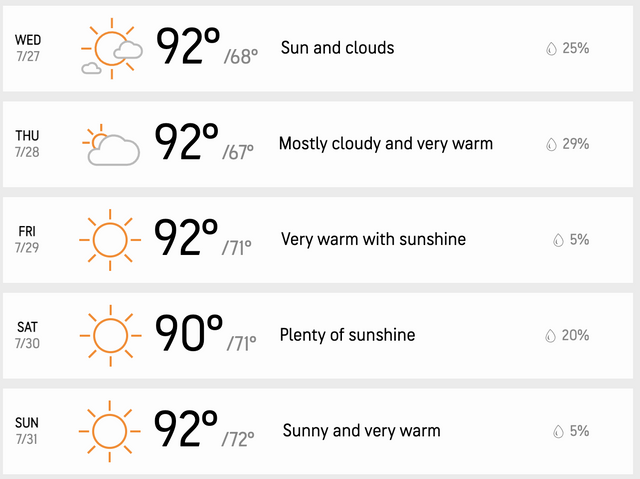 Much of the country is seeing unprecedented heat this summer. When training camps get underway this month, it won’t just be the Chiefs who are dealing with the lofty temperatures!