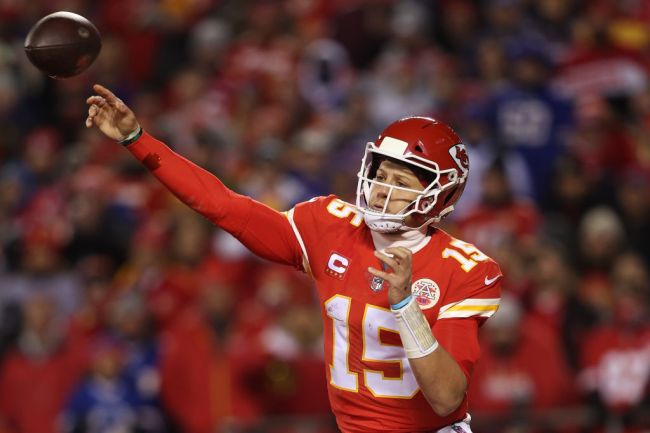 The NFL changed its overtime rules this week to allow both teams to get a possession in playoff games that go to overtime regardless of whether or not the team that wins the coin toss scores a touchdown.

The rule change seemingly came in response to the ending of this past season’s AFC Divisional Round matchup between the Kansas City Chiefs and the Buffalo Bills. The game saw Patrick Mahomes lead the Chiefs on a 13 second drive to kick a game-tying field goal as time expired to send the game to overtime.

The Chiefs won the coin toss in OT and Mahomes drove them right down the field for a game-winning touchdown. It was arguably the best game of this NFL season, but it left fans feeling like the Bills deserved a chance to answer back.

Now the NFL has answered those concerns and made a change to the rules. It has led to a wide range of reactions from football fans, but we had not heard from the team whose win seemed to lead to the change.

That changed today as Patrick Mahomes commented on the new rules in an interview with Yahoo’s Brian Sozzi.

Editor-at-Large @BrianSozzi speaks with NFL All-Pro quarterback @PatrickMahomes about the recent changes to #NFL overtime rules, Mahomes business investments with Airshare and Whoop, as well as what to anticipate ahead of the next NFL season. Watch: https://t.co/Atn6DUhSO5 pic.twitter.com/b2yh2UCcTn

“Your job is to find a way to win the game, no matter how long it takes”

It’s a pragmatic approach to take to the rule change and one that makes a lot of sense coming from Mahomes. Given his prolific history leading one of the league’s best offenses in recent years and what we’ve seen from him late in games, Mahomes doesn’t seem like somebody that would be too concerned about needing to score twice instead of once.

Maybe we’ll get to see an even more memorable showdown between Mahomes and Allen in next season’s playoffs.