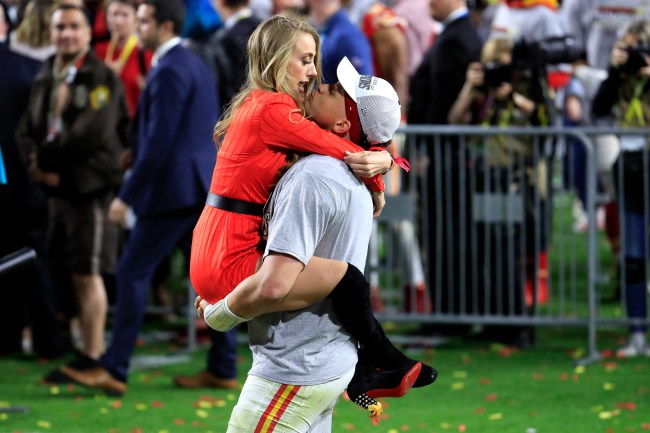 The old, tacitly-accepted maxim suggests that a man should spend three months’ salary on an engagement ring, 25% of annual salary, which would more than make up for the gender wage gap.

But, according to the New York Times, the median American spends about 4 percent (or two weeks) of annual pretax income on an engagement ring.

You never hear about these guys, because men who do not meet the antiquated Three Month Rule are forced into silence by Big Blood Diamond, and shamed by society at large for being poor, stingy, or not loving his betrothed enough to pony up the cost of a fully-loaded Kia Optima for a shiny rock that even experts cannot decipher from one you’d get at a mall kiosk.

Us men owe it to future generations not to show our female counterparts the engagement ring Patrick Mahomes just slipped on the finger of his high school sweetheart Brittany Matthews.

Patrick Mahomes got his Super Bowl ring tonight and then gave his longtime girlfriend one too. 😭❤️ pic.twitter.com/qicVGgg0XQ

I’ve driven on Vermont roads narrower than that behemoth in my fully-loaded Kia Optima.

The rose petal wall too, Pat? Chill out man, my girlfriend is already packing her bags.

If you don’t think there is a society-wide element of Keeping Up with the Jones’ going on here, check out the $250,000 rock Mahomes’ teammate Tyrann Mathieu copped his lady last year.

How many small children perished in the mining of Conor McGregor’s symbol of love?

The standards are too damn high!