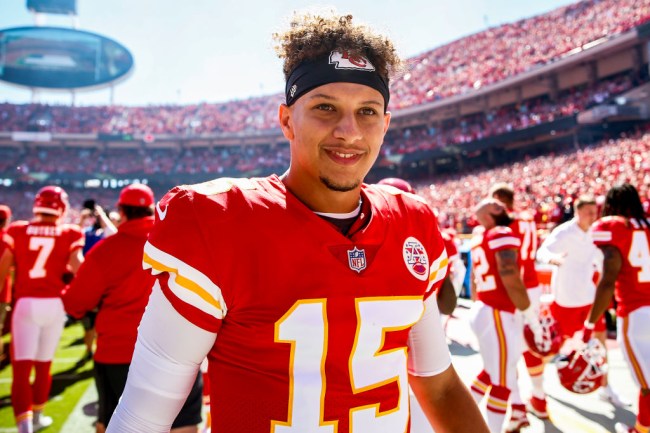 I consider myself a pretty open-minded person, and while I admit I’m very quick to judge the shit out of people for their questionable choices, I think you should be allowed to do what you enjoy assuming it’s not hurting others.

This is especially true when it comes to food. I’ll personally never put pineapple on a pizza or consume one of Dale Earnhardt Jr.’s abhorrent mayo-based sandwiches but I respect everyone’s right to eat what they please.

However, there is one point where I draw the line: putting ketchup on a steak.

Regardless of how you feel about Donald Trump, I think we can all agree there is something fundamentally wrong with ordering a well-done steak with a side of ketchup like the redneck dude from Waiting.

Patrick Mahomes is having one hell of a season with the Kansas City Chiefs and is a leading candidate in the MVP discussion but has been plagued by a major scandal: his love of ketchup on steak.

The revelation rocked the football world to its core, and while many people admonished Mahomes for his grave transgression, Heinz decided to reward his behavior with a little incentive.

Hey @patrickmahomes5, you give us 57 touchdowns, we’ll give you Heinz on your steak for life. https://t.co/UeZdmMZUnv

They may have been the first to arrive at the ketchup battlefield but it appears they lost the war.

At the end of November, rumors started to swirl that Mahomes was signing an endorsement deal with rival Hunt’s but Darren Rovell was quick to shut them down.

Despite report, there is no endorsement deal between Pat Mahomes and Hunt’s Ketchup or any ketchup brand at this time.

According to ESPN, Mahomes is now a brand ambassador for Hunt’s, which revealed the deal with a video featuring Mahomes squeezing ketchup while doing curls.

Who else would you rather have passing you the ketchup? Welcome to the team, @PatrickMahomes5! pic.twitter.com/954I7a8z13

I can’t blame Hunt’s for jumping on this opportunity but I have to say I’m disappointed they rewarded him for putting ketchup on steak.

The cow that died for your meal deserves better than that.