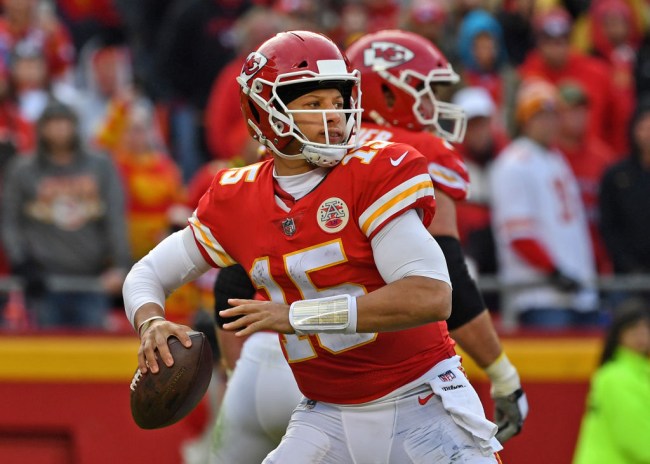 Yesterday, we learned that Patrick Mahomes has an unhealthy obsession with ketchup to the point where I’m convinced he lathers the condiment on human body parts he stores in his freezer. If you think I’m being a bit dramatic, read this snippet from a recent profile piece written by ESPN’s Seth Wickersham:

He spent most of his life putting ketchup on everything. He would get bottles of it for his birthday. But now that everyone is watching every move he makes, he is sheepish about ordering ketchup. At a restaurant recently, his mom, Randi, recognized an unfilled desire as he dove into a steak. “Just ask for it,” Randi said. “I know you want it.” Patrick wouldn’t. So she asked for the ketchup and slipped it to him.”

After the entire internet collectively dry heaved over the 23-year-old’s obsession, ketchup powerhouse Heinz stepped in to propose an enticing offer to the MVP contender.

Hey @patrickmahomes5, you give us 57 touchdowns, we’ll give you Heinz on your steak for life. https://t.co/UeZdmMZUnv

Heinz went on to clarify that only passing touchdowns in the regular season would allow him to redeem the prize.

Through 10 games, Mahomes leads the league in touchdowns (31) and yards (3,150) and is second in passer rating behind Drew Brees (117.8). Mahomes, who is currently on pace for 49.6 scores, would have to average 4.3 touchdowns in his next six games to win free ketchup for life. Not only that, he’d have to break Peyton Manning’s 2013 record of 55 touchdown passes in a season.

I’m going to go ahead and guarantee that Mahomes will need to fuel his childish obession with ketchup using his own funds. But I’d love for him to prove me wrong.