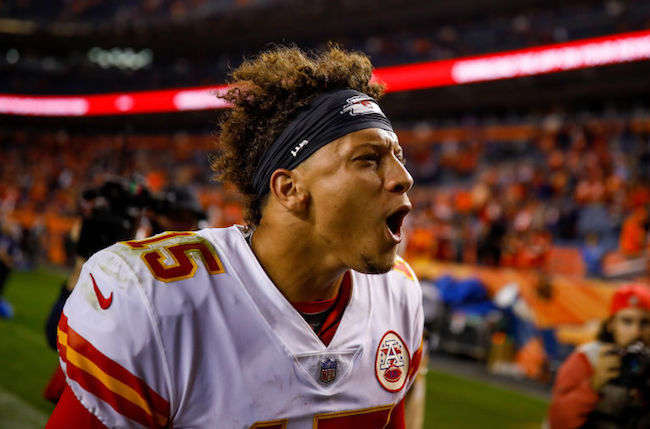 July has been mighty kind to Patrick Mahomes. Not only did he recently sign a new 10-year contract with the Chiefs that could see him make over $500 million, he’s also an official member of the ‘Madden 99’ club.

EA Sports are starting to release player ratings for ‘Madden 21’ and Mahomes, deservedly so, received the highest overall rating possible, and is the highest-rated quarterback on the game. Russell Wilson received a 97 overall rating, Lamar Jackson a 94, Drew Brees 93, and Tom Brady a 90.

Kansas City teammate Travis Kelce was able to deliver the news to Mahomes and hand him a care package from EA Sports complete with an exclusive ‘Madden 99’ chain.

Mahomes was given a 97 overall rating at the launch of ‘Madden 20’ last year but eventually joined the 99 club after the Chiefs got off to a hot start during the regular season. He never dipped below a 99 overall rating last season and it’s pretty safe to say that he won’t be dropping from that rating this year either.

Other than Mahomes, only four other players finished last season with a 99 overall rating: Aaron Donald, Christian McCaffrey, Michael Thomas, and Luke Kuechly.

Related: NFL Rookie QBs React To Learning Their First ‘Madden’ Ratings, And Jordan Love Got The Worst Of It