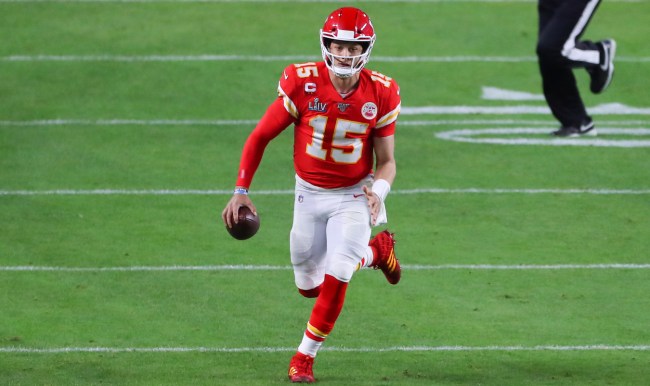 Gambling, folks, it’s the devil’s favorite hobby. You like that little saying there? Just made that up on the spot at like 7:30 this morning — not too shabby for a man recovering from a night heavy Guinness drinking.

Unless you spent your weekend disassociating from reality, then you likely know a little sporting event known as the Super Bowl went down on Sunday between the Kansas City Chiefs and the San Fransisco 49ers.

Perhaps more so than any other sporting event in this great nation of ours, the Super Bowl is known for being a betting-bonanza.

Whether you’re a hardcore, grizzled veteran of a gambler betting the over on Emmanuel Sanders’ receptions or just a casual viewer looking to toss some coin on the length of the national anthem, odds are if you watched the game, you had a little action going.

If you were a Chiefs bettor, you had yourself quite the night. Heading into the decisive fourth quarter, Andy Reid, Patrick Mahomes, and the high-flying Kansas City Chiefs found themselves down 10-points to the formidable 49ers. But thanks to that undeniable and overpowering Mahomes magic, the Chiefs were able to rally to ultimately win the game 31-20.

However, while the fourth quarter was kind to those who took the Chiefs moneyline or against the spread, the same can’t be said for those who bet the over on Patrick Mahomes’ rushing yards — which was the most popularly bet on prop at William Hill.

With the game wrapped up and the ball in their hands, the Chiefs ran a couple of traditional kneel-downs to wind down the clock to zero. The only problem is that those kneel-downs counted as negative rush yards for Mahomes, thus bringing his total down from 44 yards to 29 yards. With the betting line set at 36.5, those who thought they had the Mahomes rushing prop bet in the bag had to sit idly by and painfully watch as those valuable, prop-bet victory-sealing 15 yards were erased from the record books.

More money was bet on Patrick Mahomes' rushing yards than on any other prop @WilliamHillUS books. It opened 29.5 and was bet up to 36.5.

Mahomes had 44 yards rushing before final drive, in which he lost 15 yards on kneel-downs to finish with 29 yards.

These kneel downs are making for a VERY bad beat regarding Mahomes rushing yards.

Just a devastating, nightmare scenario. If you were one of those people last night, I send my thoughts and prayers your way.