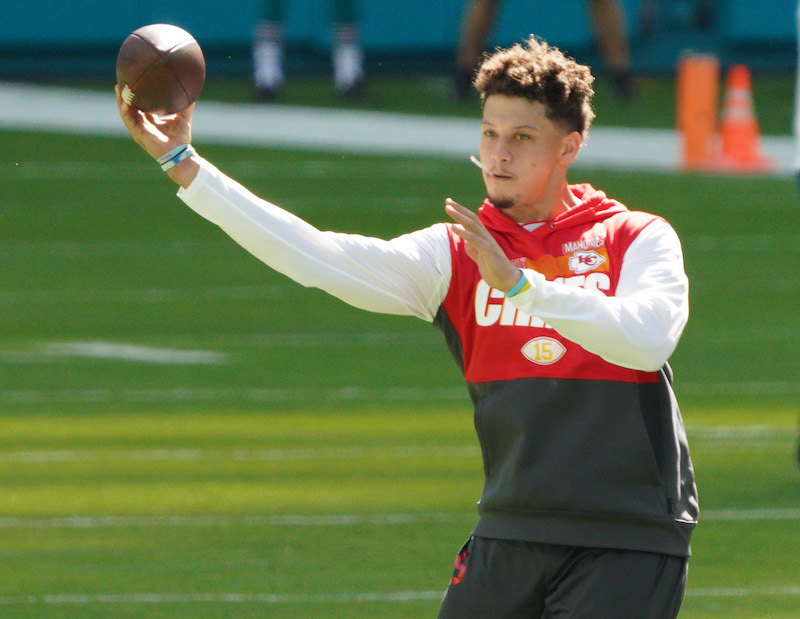 Patrick Mahomes is a tough quarterback for opposing teams to prepare for because the Kansas City Chiefs quarterback can – and will – try just about anything on the football field. Even Mahomes’ bad decisions are legendary.

With such a gifted passer and runner behind center, the Chiefs obviously have more than a few designed trick plays in the arsenal for specific situations.

One play, in particular, involves a throw that would get any other quarterback in the league benched for even trying in a game.

After last week’s win over the Miami Dolphins, Mahomes told Pro Football Talk about the play and when and how the Chiefs could use it in a game.

“There’s a couple plays that I’ve done in practice and I’ve been able to have success with it,” Mahomes said.

“For me, it’s gotta be in the right situation. I’m not gonna do it in a one-score game or anything like that.

I’ll be a little safe with it.

If we get a high scoring game where we kinda have to take advantage of whatever the defense is giving us, then I might bring it out.”

Mahomes has been working on perfecting the behind-the-back pass for over a year and finally convinced head coach Andy Reid to consider adding the play to the Chiefs’ menu of options on game day.

“[Mahomes] tries it all the time because he keeps lobbying for Coach Reid to put it in the system,” back-up Chiefs quarterback Chad Henne told James Palmer of NFL Network earlier this year. “He tells Coach Reid, ‘I can option this way and then throw it back this way’, and I’m like, ‘Ahhh, let’s just take care of the ball.’”

But seriously, how far could Mahomes really be able to throw a ball behind his back? According to receiver Demarcus Robinson, pretty damn far.

“I think he’s got a little trick up his sleeve, but I don’t want to spoil nothing,” Robinson told Palmer. “He can get it down field a good 20 yards [behind his back] and he’s pretty accurate, too, honestly.”

While I’d love to see Mahomes attempt a behind-the-back pass in a game, I’m not sure a high-scoring game is the best time to unleash the trick, unless it’s high-scoring for both teams.

Pulling out a trick play while up big is something that’s likely to get a guy murdered the next time he drops back to pass.