CB Patrick Peterson Went Above And Beyond To Pay New Vikings Teammate For Jersey No. 7 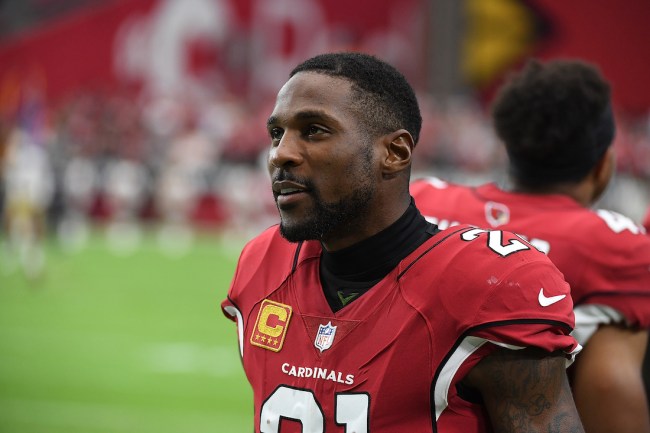 With Patrick Peterson joining the Minnesota Vikings this NFL offseason, it’s a whole set of new beginnings for the eight-time Pro Bowl cornerback. Not only is the defender about to play with a new team for the first time in the league, but he’s also going to be donning a new number, No. 7, thanks to the NFL’s new jersey rule that allows different positions to wear lower digits.

However, in order to get the No. 7 on the Vikings took more than Peterson probably bargained for, as a backup quarterback named Nate Stanley — who was drafted in the seventh round of the 2020 NFL Draft — had already claimed the jersey number. But that wasn’t going to stop Patrick Peterson from getting it for himself, which he was able to do with a hefty offer to Stanley.

Instead of throwing cash and a bunch of other incentives towards his new teammate — something we’ve seen players do in the past — Peterson actually did something so cool at the request of Stanley, and is helping hundreds of high school kids get proper equipment for the football season. That’s because the two agreed on a deal that has the cornerback donating new shoulder pads to Nate Stanley’s old high school in Wisconsin.

Peterson will donate new shoulder pads to the football program at Menomonie High School in Wisconsin, which is Stanley’s alma mater, in exchange for the number. The second-year quarterback has switched to No. 14.

He's back in the purple & gold and now he's back wearing the #7! @P2 makes his new @Vikings number OFFICIAL with @BMac_SportsTalk on All Things Covered. pic.twitter.com/EqK9e4ARhF

After donning the No. 21 for his first 10 years with the Arizona Cardinals, Peterson returns to his old college number 7 during his days with the LSU Tigers. All he did in Baton Rouge was win the Chuck Bednarik Award (best defensive player in the country), the Jim Thorpe Award as the nation’s top defensive back, and become a top-5 pick in the 2011 NFL Draft — so he’s hoping to duplicate similar success now that he’s joined the Minnesota Vikings.

As for the idea to provide new equipment for Stanley’s old high school, it’s just awesome, and something that Patrick Peterson has to feel good about. Who knows what the cost ended up being, but, really, who cares if it’s helping younger football players out.