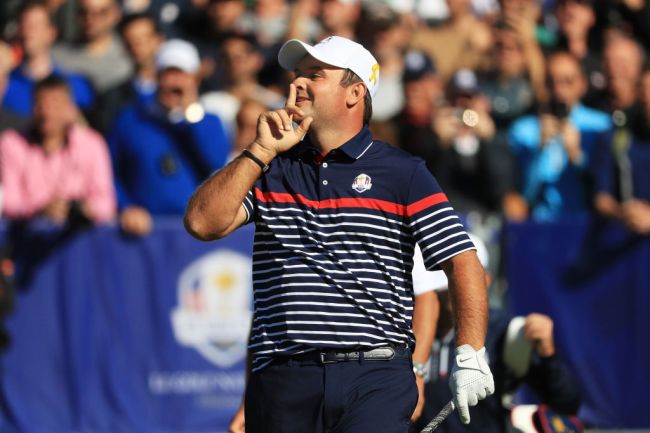 United States captain Steve Stricker made his captain’s picks for the Ryder Cup at Whistling Straits on Wednesday morning and Patrick Reed’s name was not called. While it’ll be odd not to see Reed rockin’ the red, white, and blue, him not making the team shouldn’t be too big a surprise.

Reed, although he’s one of the more disliked players on the PGA Tour, has rightfully earned his ‘Captain America’ nickname thanks to a 7-3-2 overall record and a 3-0-0 record in singles matches at the Ryder Cup. Those numbers speak for themselves but given Reed’s recent health scare, it made things easier for Stricker to keep him off the squad. Just last week Reed revealed that he and his doctors feared he could have died during his recent bout with double pneumonia.

We also can’t forget about the Reed drama during the 2018 Ryder Cup in Paris in which he tore into Jordan Spieth and then captain Jim Furyk. Reed may have burnt a very large bridge given his comments a few years back. During his press conference announcing the picks, Stricker did say that it was “a very, very difficult call” to make telling Reed he wouldn’t be a captain’s pick.

Twitter reacted to Reed not making the team in a pretty predictable fashion.

I can only presume that Patrick Reed’s non-selection points to how deep-rooted the hatred for him is within the team. He is a Ryder Cup beast who thrives on match play, which is backed by his record.

How many times will Patrick Reed listen to "God Save the Queen" on his Airpods between now and September 24th?