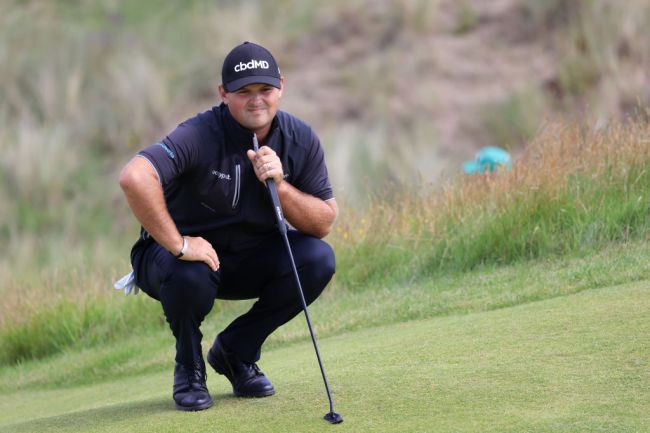 Two weeks ago we learned that Patrick Reed was lying in a hospital in Houston battling bilateral pneumonia. He shared the news saying that he was “on the road to recovery” at that point, but based on his comments Thursday at the Tour Championship, things got extremely dicey at one point.

Reed, who hadn’t spoken to the media since his last start in early August, was asked about his double pneumonia diagnosis and shared some pretty scary details.

“I had bilateral pneumonia in both lungs, and that’s what they were treating me in the hospital,” Reed explained. “And it was scary because it was in my lower lobes, which is where, a lot of deaths and people pass away from.”

“So they were really monitoring that, and really the biggest thing is just continuing doing my breathing exercises and try to clear out my, really my left lung as much as possible, which it’s improving.”

Reed is a 31-year-old professional athlete, so most would assume that death really wasn’t a concern for him or his doctors while he was in the hospital. Well, it turns out it was. Reed was asked point-blank if his doctors felt that it might be as serious as death.

“Oh, yeah. No, first couple days they were sitting there telling me that make sure you text your family quite a bit, talk to your family, because you just don’t know. I mean, this is not good. We’re not in a good spot right now.”

Unbelievable. Reed hadn’t teed it up in an event in 25 days since doing so on Thursday at the Tour Championship, where he shot a 2-over par 72.

Dylan Dethier of GOLF reported on Wednesday that, according to Rich Lerner of Golf Channel, Reed did test positive for COVID-19 when he was admitted to the hospital.

Reed was asked to confirm or deny that report, and he said he was never tested for COVID-19 at the hospital. He did confirm that they tested him when he left the hospital, which that result came back negative.