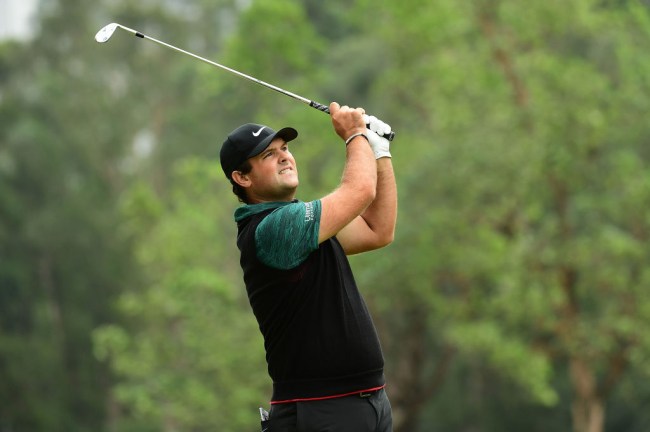 Patrick Reed is no stranger to petty. After the U.S.A’s pathetic performance at October’s Ryder Cup, the Master’s champion pouted to the media–casting blame on Jordan Spieth for not wanting to pair up with him and questioning the overall team strategy. An anonymous USA Ryder Cup team member responded by saying Reed was “full of shit” and that he “begged to play with Tiger,” while saying that he doesn’t understand the concept of team golf.

Two months after the tournament every American golf fan has chosen to forget, Reed is still standing his ground, harping on the inefficient team strategy rather than the team’s ubiquitous poor golf. He told the New York Post at the Hero World Challenge:

“It was just a lack of communication. It had nothing to do with hard feelings. Jordan’s an awesome player. Him and I seem to always play really well together, and there were some decisions that were made that I didn’t agree with that captain [Furyk] thought were right.

“You had to look at the breakdown of all the guys on the team and what was best for the entire team, not just one or two individuals. So you split up Jordan and I, right? Then you split up Justin Thomas and Rickie Fowler, who have played great golf together … groupings that had been proven successful in that format. So it was about the team, not one or two individuals.’’

When asked if he has spoken to Jordan Spieth since the Ryder Cup, Reed responded: “Nope. He has my number.” And, in the next breath, said there is no ill will between the two and their beef is a media manifestation.

As far as whether or not Reed thinks his nickname “Captain America” will be compromised for his perceived pettiness, he said: